Amusing but never rousing, this fourth installment in the Ice Age cartoon franchise comes fretted with freezer burn. The essentialness of the herd – be it blood-based or one of your own choosing – is the film's clarion call. That lesson was first learned in the series' opening salvo, when the dour Manny the Mammoth (voiced by Romano) found unlikely companionship with Sid the Sloth (Leguizamo) and Diego (Leary), a saber-toothed tiger tamed by fraternal bonds. Over the course of the series, they've picked up new pals; Manny now has a wife and child. When a continental divide sunders Manny, Sid, and Diego from their herd, setting them adrift at sea, they must claw their way back to their dear ones on dry land, who are themselves marching toward a land bridge as the crumbling ice shelf they once called home nips at their heels.

Is it that the film's wink-wink disregard of historical continuity has gone stale? (The last installment was set during dinosaur times.) Or that it positions a yellow-toothed buccaneer ape as its antagonist? (Pirates are so mid-Aughties.) Or that it is engined by one more end-time scenario in a summer already sputtering with catastrophe exhaust? Yes on all counts, but the biggest disappointment may be that the filmmakers have found no new thematic ground to tread. 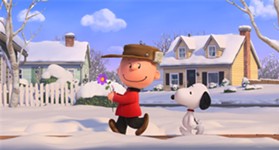 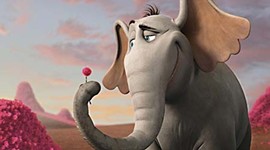 Dr. Seuss' Horton Hears a Who!
Jim Carrey, Steve Carell, and Carol Burnett provide just-right voices for these Seussian characters who offer the perfect antidote to the injustices experienced in childhood.