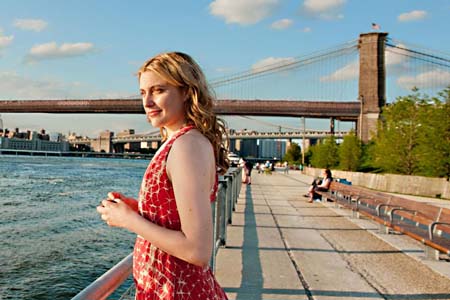 Versus what, precisely? Or is it whom? Made by the same creative team behind the likable micro-indie Breaking Upwards, Lola Versus roves similar terrain as that film – the altered landscape after a long-term couple ruptures – but can't seem to ferret out the conflict teased in the title.

Staring down 30 and planning a destination wedding bogged down in 21st century considerations (non-GMO icing is a must), grad student Lola (Gerwig) finds herself abruptly dumped by her live-in fiancé, Luke (The Killing's Kinnaman). Indeed, "Lola finds herself" is the motivating force behind the film's muzzy plotting. She finds herself falling into bed with a best friend, finds herself still magnetically drawn to Luke, and finds herself struggling to finish her dissertation on the function of silence in literature: a promising metaphor – Lola versus the noise, perhaps? – that peters out. Eventually, Lola, y'know, finds herself, but there's zero urgency to that quest in this amiable but unformed comedy.

Co-writers Daryl Wein and Zoe Lister Jones – who pull double-duty as director and co-star, respectively – excel at au courant, observational humor (baby-boomer parents teething on Apple products, egg-freezing as the new panic-attack inducer for thirtysomething single women). But their glibness threatens to undermine the characters as multidimensional people. We're told Luke specializes in painting celebrity sex tapes, a narrative crumb worth a fleeting snicker but maybe not the assumptions that follow. Audiences are greedy – we gobble whatever we can to try to get at the "truth" of someone – and inexpert crumb-laying puts us off from characters we only want to be nearer to. I don't doubt that Wein and Lister Jones intimately understand their characters' backstories and debilitating quirks and deepest desires. But what's translated to film feels like a rough draft, with bullet points at beginning and end, demarcating Lola lost, Lola found. And in the middle? A vast, vague maw. 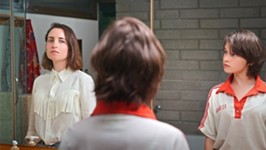