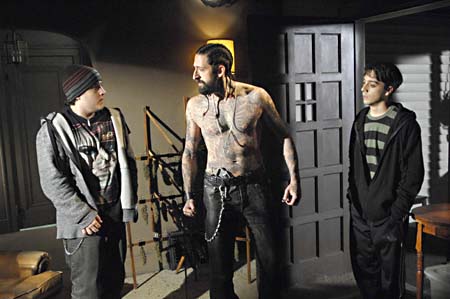 You come in hoping to toke on a big ol' fattie, but instead you find yourself wallowing in seeds and stems – again. Instead of putting the high in high school, this film is the kind of drug movie that gives pot smokers a bad name. Marijuana’s only effect here is to turn imbibers into blithering idiots. Ever since Jeff Spicoli graced our screens in Fast Times at Ridgemont High and Richard Linklater gave us his wonderfully Dazed and Confused teens, filmmakers have been trying to capture the carefree cannabis essence onscreen, but most of what it’s led to is a bunch of reefer madness. High School is a case in point.

Henry (Bush) is the likely school valedictorian when he decides to inhale for the first time at the behest of his childhood friend Travis (Marquette), who has become a total pothead. Henry’s timing is off, however, since his lapse occurs the same day the principal (Chiklis – wildly overacting) decides to institute the mandatory drug testing of all students. Henry sees his future going up in smoke, so he and Travis concoct an addled plan to get the entire school stoned on marijuana brownies, thereby invalidating the tests. Their high jinks involve a drug dealer named Psycho Ed – played by Brody, in a twitchy, heavily tattooed, and entirely tedious performance that should be buried before they revoke his Oscar. Students, teachers, and visitors all become hopelessly wrecked, but little genuine comedy ensues. No contact high is acquired. 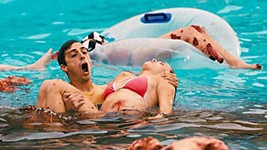 Piranha 3DD
Barely a step above a second-tier Troma film, this is one catch you'd do well to throw back. 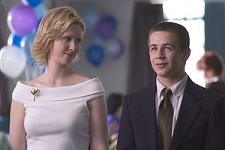 One Last Thing …
A 16-year-old with terminal cancer just wants to have sex before dying in this sweet, if overly earnest feature.