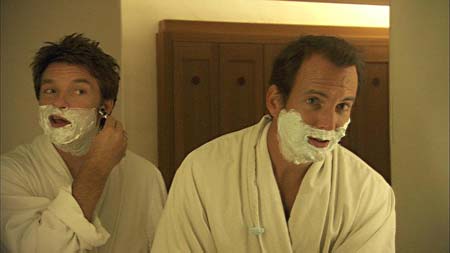 Look, I loathe the overwhelming overkill of the hipster-beardo social zeitgeist as much as the next clean-shaven, nail-gnawed geek, but is it really necessary to explore the concept of contemporary masculinity via the recent explosion of facial hair, metrosexual fastidiousness, and Zach Galifianakis? Spurlock, whose last film (not counting the VOD-released Comic-Con Episode IV: A Fan's Hope) was the cynically hilarious and enlightening POM Wonderful Presents: The Greatest Movie Ever Sold, is developing a hit-or-miss documentary style that makes one wonder if he's stretching himself a mite thin. Mansome is mostly miss, and pretty thin as well.

Looking to figure out what exactly it means to be a man in these exceedingly macho times of ours, Spurlock casts a wide net and pulls in everyone from John Waters (classic pencil-thin mustache, gay, a conundrum) to Jack Passion, an extreme facial hair competitor with a beard of such length and duration that you fear for his maxillary muscles. But what, exactly, does that tell us about manliness? It's a somwhat fraught cultural discussion, but as the film's executive producers (and onscreen jokemeisters) Will Arnett and Jason Bateman hit the spas and grooming palaces, the deeper and fundamentally more important issues of machismo and male identity are glossed over. Most of what Spurlock offers up are lightly landed gags, not trenchant gender examinations or answers to the questions that plague men's minds. (Such as: Why the crazy divide between Red State brutishness and Blue State pensivity?)

That’s fine if that's what you're aiming for. Mansome is frequently laugh-out-loud funny, thanks in large part to canny interviews with the likes of Judd Apatow, Adam Carolla, and pro wrestler Shawn Daivari. But as a documentary dissertation on all that it means to be male in the modern world, you'd be better off investing in the complete works of Ernest Hemingway and watching a few Samuel Fuller and/or John Milius films. 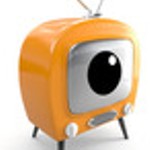 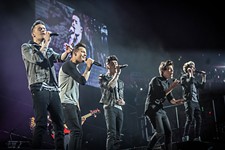 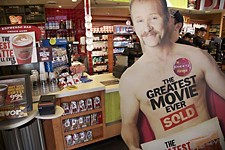 POM Wonderful Presents: The Greatest Movie Ever Sold
Whether this is a real film or a priceless stunt, Morgan Spurlock has the goods on product placement.