This is it, oh true believers: the moment monumental Marvel Comics morphs – for real, for reel – from a scattered array of four-color offshoots and prequels to the biggest of the big leagues. And – ka-pow! – director Joss Whedon knocks it out of the universe with the aid of the mighty Thor's trusty Louisville Slugger hammer, Mjölnir. Whedon's script is true to Stan Lee's original vision: fast, furious action; layered characters with surprising arcs and surprisingly humanistic nuances; and a villain who's not only memorable (we've seen Tom Hiddleston's Loki before, though he provides so much more haughty fun here) but downright Shakespearean in his emerald-green vestments and seething, sibling bitterness. Fans of all that has come before (excluding Roger Corman's premature-ejaculation version of The Fantastic Four, natch) will weep tears of giddy joy at how crowd-pleasingly cohesive – and ridiculously fun – this film is.

Without Whedon's guiding hand, it could easily have been otherwise. Amid a litany of subplots and an alien-invasion background (that pretty much stays where it belongs – in the background), what binds these characters together is what has kept them apart for so long: six superegos, fighting individually, often at odds with one another, sniping and taking verbal and superphysical potshots at one another. Chief asshat-in-residence is, as ever, Robert Downey Jr.'s billionaire/playboy/genius/philanthropist Tony Stark, aka Iron Man, but he's rivaled by the recently defrosted World War II supersoldier Captain America. Evans gives Cap a decidedly winning streak of white-bread, nonjingoistic patriotism; he's the fledgling superteam's decidedly old-school conscience. Superhero newcomer Ruffalo makes a serious impression as scientist Bruce Banner, aka the Hulk, and while he lacks the same kind of time-bomb intensity Edward Norton brought to the role in 2008, he's nonetheless a smart casting choice and a great foil for Iron Man. Equal time and character development is (finally!) given to the assassins played by Johansson and Renner, Black Widow and Hawkeye, and Samuel L. Jackson's Nick Fury comes fully into his cunning, duplicitous own this time out.

I'm hard-pressed to find any fault with Whedon's direction and story, although it should probably be noted that he still has a thing for weird alien monsters that don't quite live up to what you were expecting. In some alternate universe somewhere, Marvel monster master Steve Ditko is doing the CGI for this and all forthcoming Marvel Studios productions, and boy, would I like to see that. As it is, Marvel's The Avengers makes canny use (but not overuse) of its 3-D; Cap's star-spangled shield nearly takes the viewers’ heads off at several points. This is, in the end, the best of all possible Marvel Comics adaptations/iterations (so far). It's going to own the summer all the way to August and then some. 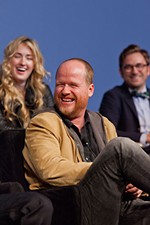 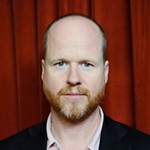