There is the text, and then there is its context, and it is irresistible not to read W.E., which Madonna directed and co-wrote with her Truth or Dare helmer Alek Keshishian, as influenced by Madonna's own biography. The self-made Material Girl takes on that legendary social upstart, Wallis Simpson, who dissolved a monarchy and was hounded her entire life by a ruthless press.

The film splits (and occasionally shares) frames between two women divided by decades but united in name and romantic torment. Wally Winthrop (Cornish) is a socialite/housewife from humble beginnings, yearning for a baby but rebuffed by her bullying psychiatrist husband (Coyle). Wally was named for Wallis Simpson, that most infamous of American divorcées, who so possessed King Edward VIII of England that he renounced the throne for her; they spent the rest of their days reviled and in exile. (They were also rumored to be Nazi sympathizers, a complaint the film cursorily swats away.) Wally is obsessed with her namesake; when Sotheby's hosts a preview of Simpson's soon-to-be-auctioned estate in 1998, Wally is drawn like a moth to a lavishly appointed flame, drifting daily through the gallery, ogling the jewels and, soon enough, one of the Sotheby's guards: a Russian intellectual émigré named Evgeni (Isaac).

As the film follows a short, fraught time for Wally, it charts nearly the whole life span of Simpson (Riseborough), from coarse beginnings and a bad first marriage to a better second marriage and a third-time's-the-charm courtship with the soon-to-be king. The filmmakers rather hedge on Simpson's motivations – whether the seduction of Edward was a social-ladder-climbing scheme or born of true love. Also, the actual first moment of impact (stolen kiss, declaration of love, what have you) happens offscreen. Instead, Simpson and the prince's relationship is revealed at a dinner party, when she impulsively – unthinkably – scolds him in the company of his subjects; much later, while in exile, Simpson blames the souring of her marriage on the universal loathing they invited on themselves for choosing love over country. Significantly, W.E. is less concerned with the love affair itself and more with how it unfolds in and is affected by the public eye.

Riseborough, plausibly aging from fresh bloom to faded glory, is a sharp, enlivening presence; whenever she's onscreen, the film seems to straighten its posture and give us its best angle. But Madonna devotes as much screen time to fetishizing inanimate objects: fine cutlery, elbow-length gloves, endless cigarettes, Cornish's dead eyes. The actress confuses the difference between an inexpressive character and an expressionless, affectless performance, and Cornish hasn't been directed to find the distinction; she's all limpness. Wallis Simpson may historically be the unsympathetic figure, but it's Cornish's insensate Wally that sets the teeth on edge. Her frame story – a distant second in viewer engagement to the Simpson thread – overwhelms the third act, which takes a sodden journey to Paris to unearth the Duchess' letters. The coda plays like one long and petulant foot stomp about sacrifice and due recognition of said sacrifice, and in that, too, it's impossible not to tease the thread back to its maker, striking a pose as misunderstood icon. 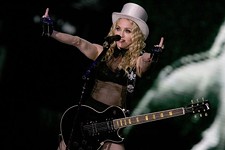 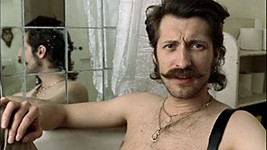