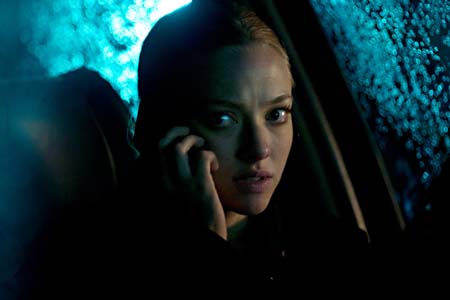 As much as I enjoy the work of Michael Paré (The Warriors, Streets of Fire), his passable if brief turn here as a Portland, Ore., police lieutenant is barely enough to recommend the bland and criminally yawn-inducing Gone to even his most rabid fans. Paré is just one of several PPD officers trying to figure out if Jill (Amanda Seyfried) is really the victim of a serial abductor or if those spooky eyes of hers are indeed a window into her troubled psyche. Jill previously spent time in a psychiatric hospital after claiming to have been kidnapped by a mysterious prowler whom the police believed to be imaginary. It will not surprise the audience (or anyone who follows either The New York Times’ contemporary crime fiction bestseller list or episodes of Law & Order: SVU) when Jill discovers her sister Molly (Wickersham) missing under equally mysterious circumstances. With both parents recently deceased and the cops (Paré and Sunjata of Rescue Me) equally unhelpful, it's entirely up to the girl who may (or may not) have cried wolf to rescue (or not) her sister.

Brazilian director Dahlia in his U.S. debut shoots Portland and the oppressive surrounding woodlands with an ominous gloom that unfortunately never manages to put much of a dent in the film's core obviousness. It’s the sort of "Haven't I seen this before?," red herring-packed storyline that makes you wonder what Ashley Judd's been up to lately. Seyfried acquits herself admirably in the panicky, hysterical mode, if that's what you're looking for, but by the time the final, goofy revelations roll around, you're slapping yourself for not having just taken a nap instead. 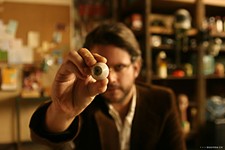