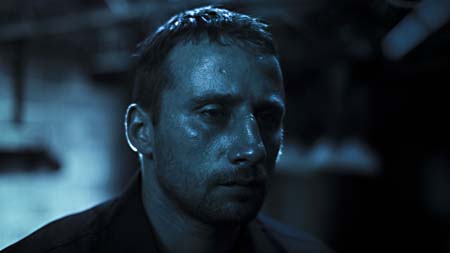 A dark, brooding Belgian film about masculinity, the oppressiveness of the past, and the bovine hormone mafia, Bullhead suddenly hurtled into the international spotlight when it became one of the five nominees in contention for the Best Foreign Language Film Oscar to be awarded later this month. The choice was surprising not only because the Belgian selection committee favored Bullhead over The Kid With a Bike by Jean-Pierre and Luc Dardenne, the country’s most well-known and regularly lauded filmmaking team. Moreover, the Dardennes were toppled by a first-time feature filmmaker.

Bullhead writer and director Michael R. Roskam adopts a fatalistic tone for his movie that keeps men’s fates in the foreground and the cows in the background. An opening voiceover delivered by the story’s titular character Jacky Vanmarsenille (Matthias Schoenaerts) informs us that no matter how hard we try to outrun the past, it always manages to catch up with us. “In the end, we’re all fucked,” it concludes. With that nugget of doom, this crime drama is off and running. The film, however, is not only dark in temperament, it’s also dark visually. Roskam achieves a kind of daylight darkness in which muted images overcome the story’s otherwise fecund farmscapes and characters are more often looming hulks than chiseled personalities. Tight shots always keep the characters in view, but their backs are often turned to the camera or their bodies obscured by the hazy morass that clouds all their actions.

Schoenaerts creates a memorable character with Jacky, a muscly loner filled with amorphous rage that spills over in unexpected moments. An early flashback to a traumatic event in his childhood explains his pent-up fury as well as why he injects himself, along with his cows, with steroids and growth hormones. In addition to the ’roid rage the hormones cause, the drugs also physically alter his body into a hypermasculine state. Reportedly, the actor gained a great amount of muscle weight for the film, reminding us of De Niro’s “raging bull” who beefed up for his part in the Martin Scorsese film. Schoenaerts will no longer be an under-the-radar actor as a result of his performance in this film.

The plot is complex and full attention must be paid by the viewer. Needless to say, the bovine hormone mafia is a ruthless syndicate, but the Belgian farmers who have been injecting their cattle for decades are also not portrayed in a terribly flattering light. It’s another convention that’s been passed down from father to son. Bullhead wanders afield a bit as we observe Jacky trying to put right his thwarted attraction to a girl from his childhood. Roskam’s habit of elliptical storytelling that eschews motivational explanations and narrative bridges makes the viewer work harder than customary to understand contextual issues. A persistent narrative thread that pits Flemish-speaking Belgians against French-speaking Belgians will whiz past most American viewers, but hopefully not distract from its overall impact because this movie grabs the bull by the horns and takes viewers on a surprising ride. 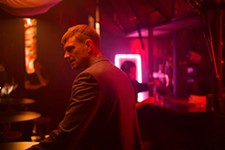