A hectic, deftly edited, and unexpectedly bracing thriller that appears to have come out of nowhere (it's actually a U.S./South African co-production via Universal), Safe House is (despite its generic title and the improbability of Ryan Reynolds' career surviving the train wreck that was Green Lantern) a giddy, dirty rush.

Director Espinosa stages the endless action with a tremendous flair that recalls John Woo's grittier moments, and cinematographer Oliver Wood, who shot Woo's finest Hollywood moment, Face/Off, gives the whole violent show a downright brackish look that borders on the sublime. (For the record, Wood, who began his career shooting Leonard Kastle's brilliantly depraved The Honeymoon Killers is also the director of photography on all three Bourne films, and comparisons between those frenetic outings and this one are apt.)

David Guggenheim's script takes its sweet time laying out the story, so much so that for the first 30 minutes or so you'll likely wonder what exactly is going on here. Suffice it to say, CIA spook films have apparently come back into vogue, and this is one of the better ones of late, maybe the best. Reynolds is rookie "housekeeper" Matt Weston, who is stationed in Johannesburg, South Africa. He's the guy in charge of a CIA safe house/black ops site but, as it turns out, it's lonely at the bottom and boring to boot. On the job for almost a year with, as yet, nothing and no one to watch over, Weston maintains an necessarily duplicitous romance with Parisian girlfriend Ana (the extremely fetching Arnazeder) while maintaining what is essentially an empty prison secreted behind the facade of a NGO health clinic. That all changes with the sudden capture of Tobin Frost (Washington), a smooth master spook gone rogue who's now carrying something on his person that everybody wants. So much so that within minutes of his arrival (and subsequent, painfully realistic waterboarding), this allegedly "safe" house is compromised, a half-dozen CIA goons are dead, and Weston and Frost are on the run from persons unknown.

At its heart, Safe House is a chase film, but the top-drawer ensemble cast – Gleeson, Farmiga, and Shepard all have key, nuanced roles as Weston's Langley-based higher-ups – and a pair of seriously intense performances from Washington and Reynolds elevate the whole above the clichéd sum of its parts. There's more than one action sequence here that quickens the pulse: A mad dash atop the tin-roofed shantytown of Capetown is an exhilarating stunner, and the whole "Who can you trust?" angle is played out flawlessly to the very end. It follows a formula, to be sure, but Espinosa's gritty, relentless film feels as dirty as its morally bankrupt milieu. It's enough to make you want to take a long, hot shower and steer the hell clear of South Africa entirely. 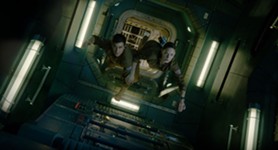 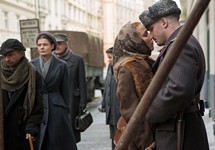