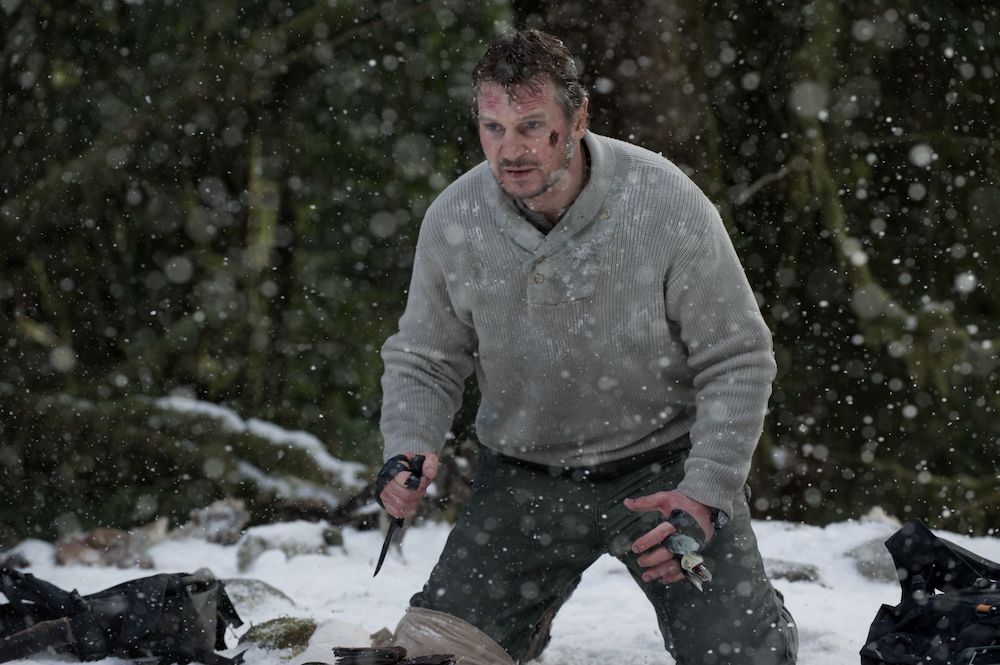 It’s men vs. wolves in The Grey and the only dancing that occurs in this film is a violent dance of death. The Grey is gripping and remarkably nuanced for what appears, at first glance, to be a simple story about man against nature. (And make no mistake, this film features a cast that is all male, except for the brief, nearly dialogue-free appearances of one bartender, two flight attendants, and a wife and daughter who appear in flashbacks.) Although the film belongs to Liam Neeson from start to finish, a strong sense of character pervades all the supporting players.

Neeson is Ottway, a suicidal alpha male who is employed by an oil company on the Alaskan tundra to shoot the wolves that prey on its pipeline workers. While heading out on leave, the workers’ plane crashes in the Alaskan wilderness, leaving only seven survivors. Survival is the key word, and no sooner do they pilfer warm clothes and food from the crash debris than one of them steps a few feet away from the group and is promptly taken out by a wolf. Thus begins their grueling, frigid trek toward the tree line, on the advise of Ottway. Along the way, with an economy of dialogue, we get to know a little something about all the survivors. The script by Ian MacKenzie Jeffers is based on his short story, “Ghost Walker.” Its spare outline is a good match for the film’s unforgiving setting, and the crisp, lean direction is totally unexpected from Joe Carnahan, whose résumé (The A-Team; Smokin’ Aces; Blood, Guts, Bullets and Octane) is chock-full of blustery showcases of masculine bravado.

The film is an intelligent study of the will to live. It’s so strong that even a suicidal man rises to the occasion. Some viewers have reported dismay with the film’s fairly unequivocal ending, but I think that’s more a matter of misleading marketing. In any case, stick around through the closing credits for an additional shot that appears at the very end of the film. It doesn’t really clarify anything but it may satisfy some of the bloodlust set in motion by the film’s trailer. There is a definite disconnect between the marketing and the reality of The Grey. 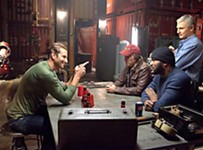 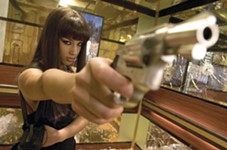 Smokin' Aces
A person could have a reasonably good time with this confusing, Tarantinoid actioner starring Ben Affleck, Jason Bateman, Jeremy Piven, and Alicia Keys, but there’s not actually much tension in the movie.