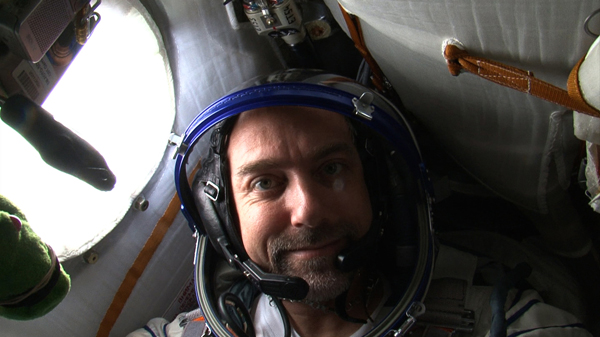 Man on a Mission: Richard Garriott's Road to the Stars

A self-made gaming mogul with a flair for theatricality buys himself a $30 million ticket to space via a Russian Soyuz craft. Sounds like the stuff of sci-fi, no? In fact, that’s Austin’s own impresario of the eccentric Richard Garriott, whom Austin's Beef & Pie Productions followed as he trained for a year to fulfill a boyhood ambition of following his father, Spacelab’s Owen Garriott, to the stars.

In 2008, Garriott became the first second-generation American space traveler when he blasted off from Kazakhstan, a setting that gives the film its powerful opening imagery of the rocket being carted via train tracks to the launch pad. That’s the first jaw-dropper, but it isn’t the last: Man on a Mission: Richard Garriott's Road to the Stars moves freely through NASA training facilities and Russian mess halls and finally into the International Space Station, where Garriott bunked out for 10 days and brought a camera along to document his historic voyage.

Beef & Pie has previously crafted award-winning short films about quirk characters, from the competitive beardsmen of "Growin' a Beard" to the marble enthusiasts of "Life Is Marbleous," and Garriott certainly seems to fall in line with this cast of charismatic eccentrics. The black-and-white of his CV –  he self-published his first role-playing computer game while still in high school and later become the architect of the Ultima franchise – is that of a serious self-starter. But it's the between-the-lines embellishments – a richly imagined alter ego named Lord British, for instance, or a predilection for snakes that includes a foot-long braid that takes on a life of its own in zero gravity – that sets expectations high for this documentary exploration of him.

But while Man on a Mission doesn’t precisely neuter Garriott’s weirder ways, it does push them aside for a more boilerplate message of the father/son bond. (Curiously, the film includes a clip from The Colbert Report in which Stephen Colbert signs off from the interview with “good luck getting my DNA to space" – a cryptic aside for anyone not already in the know that the comedian was referencing a Garriott campaign for which he gathered DNA material to take on the trip with him. It’s a distraction.) There is, quite simply, no dissent in the film – no significant discussion of ethics involving the privatization of space, for instance, a subject ripe for back-and-forth – and it has no narrative viewpoint of its own. Too often, the camera simply trains on Garriott as he narrates his adventures with a tour guide’s benignancy and press-release-like talking points. It’s only when he goes off-message – goofing on the space station or exploring the complexities of maneuvering sans gravity – that the film loosens from the feel of an officially sanctioned promotional film and gets at the giddiness of man suddenly made boy again.

Growin' a Beard
This documentary follows the men of Shamrock, Texas – and one hairy outsider – as they compete in the town’s annual Beard Growing Contest. Since ... 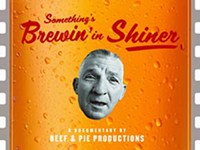 Man on a Mission: Richard Garriott's Road to the Stars, Mike Woolf