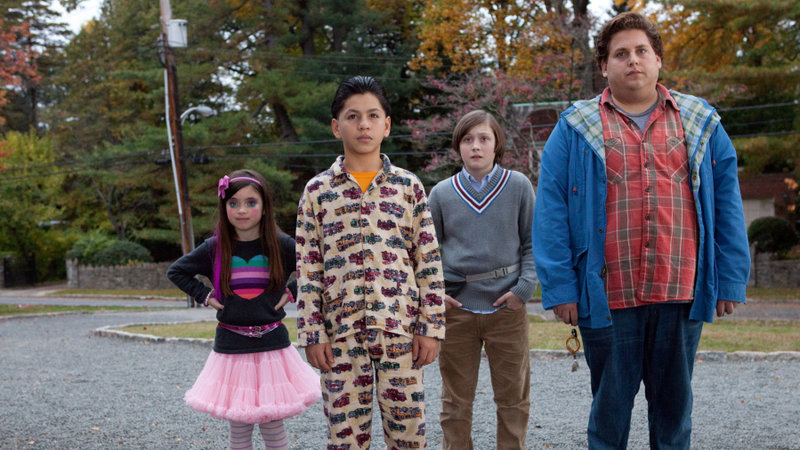 I hate to join the chorus of nags, but come on, Gordon Green: Stop dinking around. I say this with great respect and affection for the still-young filmmaker's admirably eclectic body of work, which ranges from early arthouse films like George Washington and All the Real Girls – back when, quite crucially I think, he was still authoring or co-authoring his own scripts – to a recent, more commercially minded period that kicked off with 2008's Pineapple Express and was followed by this spring's Your Highness. That last one was a roundly roasted ode to Eighties fantasy epics; I personally found it to be a wonderfully silly spot of fun. But Gordon Green's latest feature exercise in backwards-glancing, The Sitter, is a nonstarter. It recalls its genre antecedents (think After Hours and Adventures in Babysitting) in concept – here, Jonah Hill plays a reluctant babysitter lugging three kids in a minivan through Brooklyn while dodging a sulky drug dealer (Sam Rockwell) – but never gets at the same itchy spirit of anarchy. There's real energy to the way Gordon Green and Cinematographer Tim Orr lens the nighttime cityscapes, but the film's set-pieces are static, built on predictable bits (from screenwriters Brian Gatewood & Alessandro Tanaka) of cocaine explosions and kids mouthing off like minigangstas. I liked Hill's mellow-keyed delivery, and the emotional scenes are quite delicately played. I admit to about a half-dozen moments of high-pitched "heh!" – sort of a duck-honk approximation of amusement, I guess – but for a comedy, The Sitter is frightfully spare on full-bodied laughs. 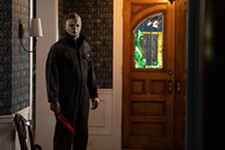