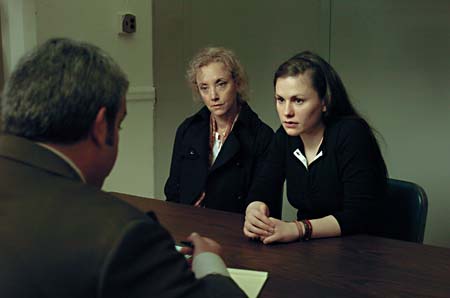 Eleven years ago, esteemed playwright Kenneth Lonergan won over the film world with his debut movie, You Can Count on Me, which received many accolades and a couple of Oscar nominations. He shot his second film, Margaret, five years later in 2005, although it has taken six years of re-edits and backstage wrangling for it to reach the screen. What occurred during those six years is not completely clear, but suffice it to say it involved several editors, extra infusions of cash, and numerous lawsuits between the distributors and financiers. As it stands now in this final two-and-a-half-hour cut, Margaret is an ungainly mess, full of interesting moments and top-tier actors but extremely scattered in focus.

It doesn’t help matters that front and center in nearly every scene of this drama is a strident and annoying teenager. This 17-year-old’s self-centered behavior is totally age-appropriate, and her desire to be morally uncompromising is almost as quixotic as it is bullheaded – but that doesn’t make her any more likable. Lisa Cohen (Anna Paquin) is a well-to-do, New York City private prep school kid who feels partially responsible for a fatal bus accident that occurred because she was distracting the driver (Mark Ruffalo, who had his breakout role in You Can Count on Me). Over the course of the film, Lisa seeks advice from a variety of adults, all of whom fail her in one way or another. Her mother Joan (J. Smith-Cameron, who is married to Lonergan), an actress, is caught up with the premiere of her new play called Controversy and a new romance (Jean Reno plays her suitor). Teachers at her school (Matt Damon and Matthew Broderick pop up here in small roles) are ineffective advisers, and Lisa grows more and more agitated during class discussions. Eventually, she find a kindred soul in Emily (Jeannie Berlin), who is possibly the only person in Manhattan more annoying than Lisa. Interspersed throughout are numerous tangential scenes, including a couple at the opera during which we get to hear several minutes of Renée Fleming in performance.

However realistic Lonergan’s portrait of the angst and high drama of the teenage years may be, it doesn’t make Margaret come together as a whole. Of course, there’s no telling what his director’s cut would look like; supposedly he could never settle on anything he liked. Margaret definitely has many elements for a successful drama. It’s unfortunate that no one was able to shape them into a functional movie. Manchester by the Sea
Casey Affleck shines in this heartfelt drama 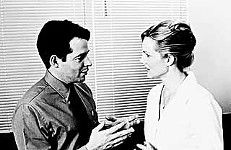 You Can Count On Me
Just about everybody has a ne'er-do-well in his life. That one person who can't seem to make it right, no matter how hard he tries, ...