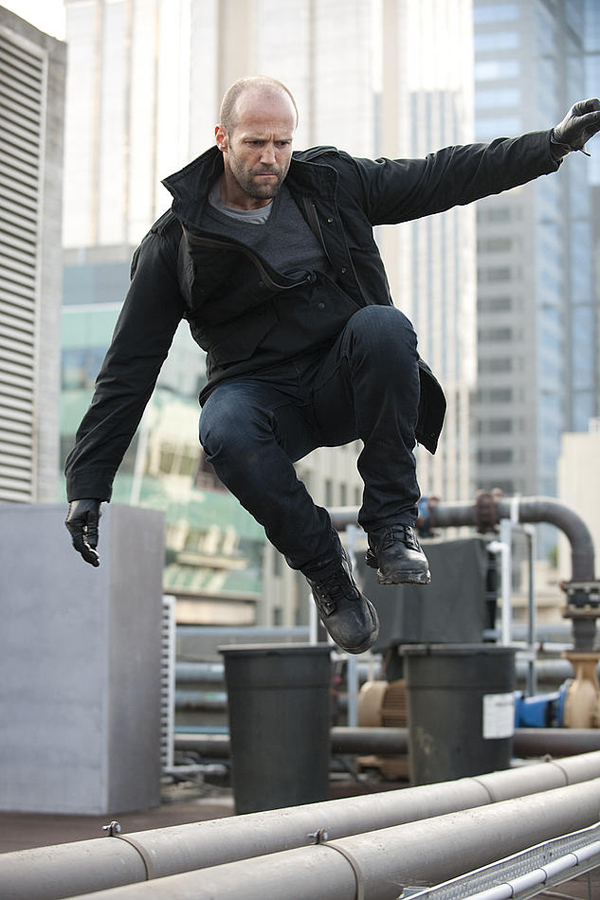 The opening text crawl announces "the world is in chaos," pointing to economic and oil crises. Yup, that sounds familiar. And then, the "gotcha" reveal: The year is 1980. Alas, that's the last time Killer Elite will remotely ruffle expectations, and there's still 99 minutes to go.

Frequent action hero Jason Statham – who is just bald enough to pass for an "everyman," at least in Hollywood-speak – plays a retired contract killer named Danny who is pulled back into the game when his former partner (a rumply De Niro) is kidnapped. The plot, based on a nonfiction book by Ranulph Fiennes, teases some political intrigue when Danny is forced into a cat-and-mouse game that begins in the Arab state of Oman and leads to an ex-British special-forces operative (played by Owen with a dirty little mustache). Just a tease, it turns out: There's nothing here for the viewer to do, no kinks to work out, no double-crossings to anticipate, not even a half-hearted flail at figuring out how Danny ticks. Lacking a premise with the trashy-fun lure of Statham's Crank or the knotty narrative pleasures of the Bourne series (which Killer Elite rather desperately wants to be), the overlong, perfunctory Killer Elite is simply a series of (reasonably well-choreographed) assassination sequences. Still, that shot of Statham tied to a chair and launching through a second-story window, which the trailer wisely hyped? Solid gold.