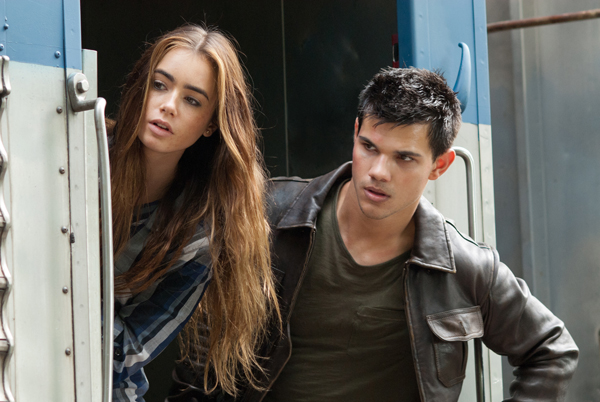 Taylor Lautner, the lupine heartthrob from the Twilight movies, here takes a solo leading role in a bid for bona fide action-star status. Sadly, both the drama and action in Abduction are tepid, and Lautner’s kickboxing skills markedly outshine his emotive chops, although the failures of the former are due more to the lackluster involvement of director John Singleton while the failures of the latter have proven time and again to not limit the professional careers of many a dubious action star.

Abduction begins with a strong premise: While working on a school project, a teen discovers a photo of himself as a child on a website for missing children. But when high-schooler Nathan (Lautner) confronts his mother (Bello) with the mystery, she and his father (Isaacs) are offed by unknown assassins mere seconds later. Nathan flees with his project partner Karen (Collins) and continues to evade the killers throughout the film. Questionable help and explanations come in the form of a CIA chief (Molina) and Nathan’s psychiatrist, Dr. Bennett (Weaver), whom the teen has been seeing for “anger issues.” Gradually, Nathan’s recurring dream that the shrink always encourages him to repress and his deceased father’s tough training in self-defense appear more than circumstantial. Molina and Weaver, who, most of the time, perform brilliantly, move through Abduction as if on autopilot. Singleton, in his first feature film in six years, also seems to have merely checked off items on his director’s to-do list – reveal Lautner’s buff abs in the opening moments, fiery explosion, kickboxing scene, wrestling scene, make-out scene, and so on – rather than fashion a compelling story or create genuine physical excitement. The film’s Pittsburgh location is used to nice effect but little else about the movie rings true. 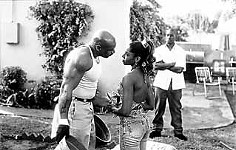 Baby Boy
In Baby Boy, writer/director/producer John Singleton puts forth a lot of provocative ideas regarding our culture's infantilization of African-American men, not least of these ideas ...