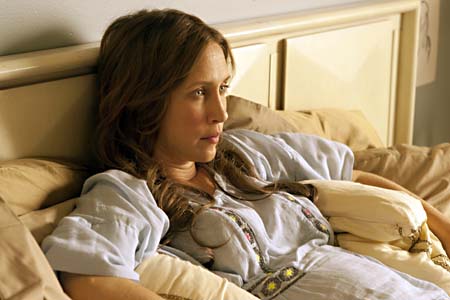 What happens to a person after she invites God into her heart but He fails to make himself at home there as the preacher promised He would? This woman wants to have faith, wants to believe in His divine plan and feel His presence, but her heart maintains its dull ache. Corinne Walker (she’s played as an adult by Vera Farmiga, as a teenager by Farmiga’s siter Taissa, and as a child by McKenzie Turner) is the woman searching for “higher ground.” However, it’s quite possible Corinne may have to go to the mountaintop on her own.

Farmiga, the Oscar-winning actress from Up in the Air, makes her directing debut with this film, which is based on the autobiographical book, This Dark World by Carolyn S. Briggs, who co-wrote the screenplay with Tim Metcalfe. Farmiga handles the material with great sensitivity, and even though her narrative techniques are conventional and ho-hum, her command of the actors, including herself in the lead, is firm. Her own presence is the film’s strongest asset; her face is able to convey a span of emotions with barely a moved brow.

Corinne’s crisis of faith is no overnight event; we witness the lifetime it took to arrive. Set primarily in the Seventies and Eighties, the film also reveals a great deal about changing social mores, as when Corinne as a youngster is forbidden to check out Lord of the Flies from the library but as a teenager it becomes permissible. It’s during her bell-bottomed teens that Corinne meets Ethan (played by Boyd Holbrook as a teenager and Joshua Leonard as an adult) and before very long, their freewheeling sex leads to pregnancy and marriage. Then a near catastrophe leads the couple to believe that their family was spared due to God’s intervention. They become active members of an nonconformist Christian group that preaches hippielike ideals yet is also paternalistic and socially conservative. In the group Corinne becomes friends with Annika (Dagmara Dominczyk, who is magnetic), a free spirit who can speak in tongues and openly discusses sex. (She draws pictures of her husband’s penis and hangs them on the bedroom walls.) When a health crisis befalls Annika, who has taught Corinne that the human body brings glory to God, Corinne’s doubt in God’s ways grows.

Though much of the film’s time is spent in the company of these religious zealots, Higher Ground charts an unusual course by not patronizing or belittling the faithful. It’s an uncommon position in films these days, thus Farmiga’s work stands out in this aspect, too. Higher Ground may not be a true revelation, but it does show a viable path an actor might take to shape intelligent material on her own terms. 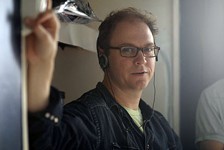