Labor Day weekend is just around the corner when Eric (Saturday Night Live's Sudeikis) discovers to his dismay that his father (an unbilled Don Johnson) is putting their sprawling summer mansion up for sale. Formerly the site of a series of themed bacchanals that'd give Delta House a run for its togas, Eric and his close-knit circle of friends are understandably forlorn at the prospect of losing their party palace. No more guacamole dip served from a toilet, no more pseudo clever drunken repartee? Heaven forfend! And thus a plan is hatched for one final soiree at which everything – clothes, emotions, petty jealousies, and, yes, bromance – will be shed in spectacular fashion. Or so they hope.

A Good Old Fashioned Orgy's comic strength lies in its well-rounded cast, most of them TV or Funny or Die veterans. Among them are Tyler Labine (Tucker & Dale vs. Evil) as the overweight but genuinely funny sidekick, Mike; über-perky Leslie Bibb as the potentially evil real estate agent Eric falls for; and Nick Kroll as Adam, the BlackBerry-addicted Jewish Wall Streeter with an ungodly schvantz. The group may be little more than an assemblage of youthful archetypes, but they play it light and easy, and in the end, A Good Old Fashioned Orgy is an amiably goofy riff on what it means to grow older in an increasingly youth-dominated culture. But wait – isn't 40 the new 30? Whatever. As one character says, "It's supposed to be fun, not The Accused.” 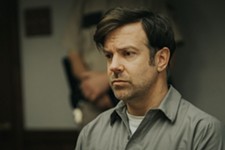 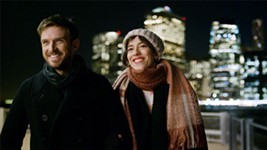