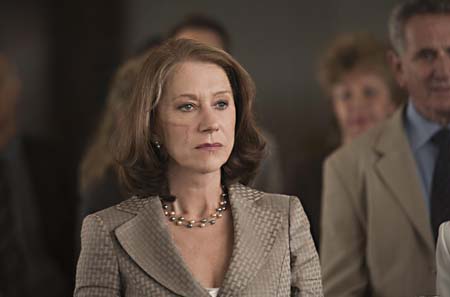 The Debt, at its core, is a stirring espionage thriller about Nazi-hunters in the post-war decades and the resiliency of buried secrets and their personal weight. The film, however, is burdened with a clunky narrative structure that takes place in two separate time periods (with different actors cast for the younger and older versions of the characters) and a love triangle that yields little in the way of narrative intrigue or sensation. Based on a 2007 Israeli film of the same title, The Debt jumps between events in Tel Aviv in 1997 and East Berlin in 1966.

Helen Mirren is used in the advertising as the film’s main selling point; even though Mirren’s actorly brilliance is undeniable, more attention is paid to the storyline that involves her younger counterpart (played by Jessica Chastain). The story begins in 1997 at a party for a book launch where Rachel Singer (Mirren), as one of the subjects of the book, is being honored. Rachel, along with her ex-husband Stephan (Wilkinson) and David (Hinds) are former Mossad field agents who have become Israeli folk heroes as a result of their legendary actions in East Berlin three decades prior. The three had been tasked with capturing Dr. Vogel, the “Butcher of Birkenau” (Christensen), and returning him to Israel to stand trial. Although they became instant heroes upon the completion of their mission, it is clear that the three are complicit in some cover-up of the truth and each one deals with that knowledge differently.

The moral dilemmas faced by these three offer provocative material for thought. Yet the film’s primary attention is paid to the espionage plot carried out by the younger versions of the characters. Chastain is joined by Sam Worthington as the younger David and Marton Csokas as the younger Stephan. That these actors bear little physical resemblance to the older set of characters gives rise to some passing confusion as the film switches between the past and the present. However, the more thrilling aspects of The Debt also reside in the mid-Sixties sequences that detail the plots to siphon Vogel out of his office and, later, out of the country. There is also the demonstration of Rachel’s sheer courage in posing as a patient of the doctor, a gynecologist for whom she must spread her legs in the stirrups and submit to his treatments. And Christensen as the Josef Mengele-like doctor has several terrifying moments as the face of bigoted evil and yet the spokesman of some of the film’s most lucid declarations.

Perhaps the discrete delegation of the thrills to the 1966 story and the moral quandaries to the 1997 story is what prevents The Debt from congealing as well as it might have. Life is rarely that neat. The unambiguous moral of John Ford’s enduring classic, The Man Who Shot Liberty Valence, might come in handy here: “When the legend becomes fact, print the legend.” 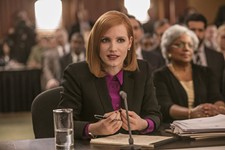 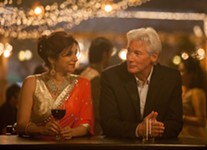