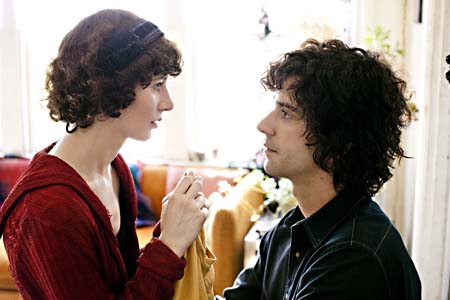 Miranda July, a polarizing figure for whom I have a grudging but sincere respect, has produced no end of clever asides and keen observations in her second feature film. The Future is a drab dramedy about thirtysomethings flailing about for self-definition. On second thought, "flailing" is far too aerobic an activity to assign Sophie (July) and her live-in boyfriend Jason (Linklater). Like many long-term couples, these two have grown alarmingly alike. They share the same haircut (a bowl of brown curls), the same sensibility (high ideals, chronic inaction), and the same colorless timbre (their voices are ever set at the volume of library quiet). The film begins in voiceover from the perspective of a wounded stray cat Sophie and Jason have deposited at an L.A. animal shelter; the couple has promised "Paw-Paw" they'll return in a month when the cat has recovered enough for adoption. Those 30 days are spent by Paw-Paw "waiting for my life to begin," as he puts it. Sophie and Jason have the opposite idea: In 30 days' time, they'll be indentured as caretakers, so they might as well take the opportunity to quit their jobs and creatively experiment with what they count as their last free days on Earth. But that self-gift of time yields little: Jason volunteers with an ecology-awareness organization and makes friends with an old guy while Sophie attempts a video project that never gets off the ground. As an unsparing portrait of disaffection among the small-paycheck, faux-creative class, The Future is rather astute … which isn't to say it isn't also bang-your-head-on-the-wall annoying. Every one of July's clever asides or keen observations is met with a force of greater aggravation: a synthesizer score (from the usually spot-on Jon Brion) played too loud and in the wrong places; July's jokey, strangled vocalization of Paw-Paw; and an initially intriguing left turn into magical realism that is ruined by a lazy lack of clarity. The greatest irritant, however, is July's performance; her wide, stricken eyes, monotone, and wispy movements feel as gimmicky as the pratfalls of a fat-man, mugging comedian. 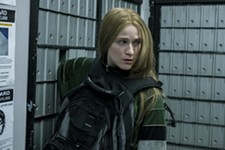 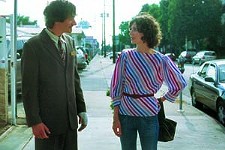 Me and You and Everyone We Know
Performance artist Miranda July's feature-length debut is packed with arresting images, moments, and single lines of dialogue – enough to earn the film top awards at Sundance and Cannes.