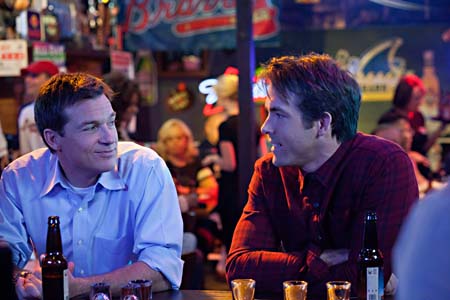 As a rule, it's best not to linger too long on the supernatural hoo-ha required in a body-swap movie to get two persons – each disgruntled by his own life and envious of the other's – to trade places. For its part, The Change-Up throws together a late-night piss in a mischievous fountain, no better and no worse a putting-the-plot-in-motion device than, say, Friday the 13th or the goofy, magical skull used in genre forebears such as Freaky Friday and Vice Versa. In fact, just about everything in this instantly forgettable but intermittently funny movie could be summed up as "no better and no worse." Very little care appears to have gone into the assemblage of The Change-Up: It looks terrible, starting with the title card's font, which seems to have been selected with a dart and a moldering typeface catalog from 1983, and ending with a lumbering last image that wouldn't have passed muster in Crane Shots 101. Director David Dobkin (Wedding Crashers) and screenwriting team Jon Lucas and Scott Moore (The Hangover, The Hangover Part II) have had great commercial success with hard-R material in the past, but the team overswings with its visual gags here, with baby poo spewed like a dare and titty shots that assume too much viewer nostalgia for Porky's. And yet: It's fun to see Reynolds, rather neutered along the path to Leading Man Material, return to the kind of low-achieving foul mouths of his B-movie youth (Van Wilder, Waiting …), and Bateman, a reliable straight man who here plays a family man and workaholic, stretches ever so gently when he's forced to embody the hard-partying best friend. Better yet, there's Leslie Mann, who owns the movie in one tearful, truthful monologue about growing up and growing apart. 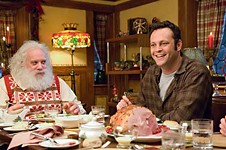