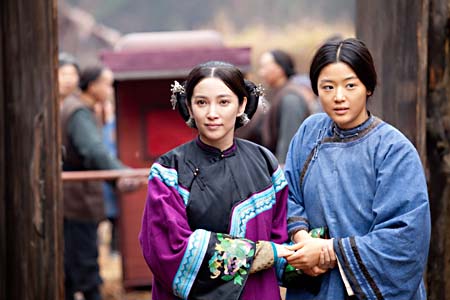 Snow Flower and the Secret Fan

Parallel stories from the past and the present are crosscut throughout this film, but rather than amplifying the dual tales’ ramifications the technique only ups the film’s turgidity quotient. Based on Lisa See's 2005 bestseller Snow Flower and the Secret Fan, the film squanders any potential it had to be a revealing look into female intimacy and instead uses broad-scale melodramatic strokes. One story is set in 19th century China, while the other is set in present-day Shanghai. Though the stories share certain overarching frameworks, the finer details are all but lost. Both tales aim to open up the private world of laotong or “sames” – girls who are bound together for eternity, as per Chinese custom. In the historical story, Snow Flower and Lily (played by Gianna Jun and Li Bingbing as adults) become laotong at the age of 7 when they both have their feet bound on the same day. Their descendants, Sophia and Nina (Jun and Li again) are childhood friends who try to maintain their laotong relationship despite family and career intrusions. Sophia falls into a coma following a bicycle accident at the beginning of the film, which allows her estranged laotong Nina to spend the rest of the movie reading her friend’s unpublished manuscript about Snow Flower and Lily. Clearly, the producers were hoping to recapture some of the crossover success of The Joy Luck Club, the 1993 American movie about relationships among generations of Asian women, when they hired that movie’s director, Wayne Wang, to take the reins of this project. (A curious side note: One of the film’s co-producers, Wendi Deng Murdoch, is the woman we saw defending her husband, Rupert, during the infamous pie-in-the-face incident during his Parliament hearing last week. His company Fox Searchlight is also the distributor of his wife’s film.) Hugh Jackman appears briefly in a small role that showcases his singing chops, but the story belongs to the women. References are made to nu shu, the secret language taught only to Chinese girls, and one suspects that the film would have benefited from embracing a greater sense of that private world. As is, Snow Flower and the Secret Fan is utterly prosaic. 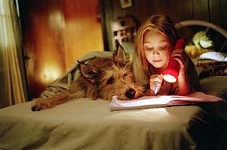