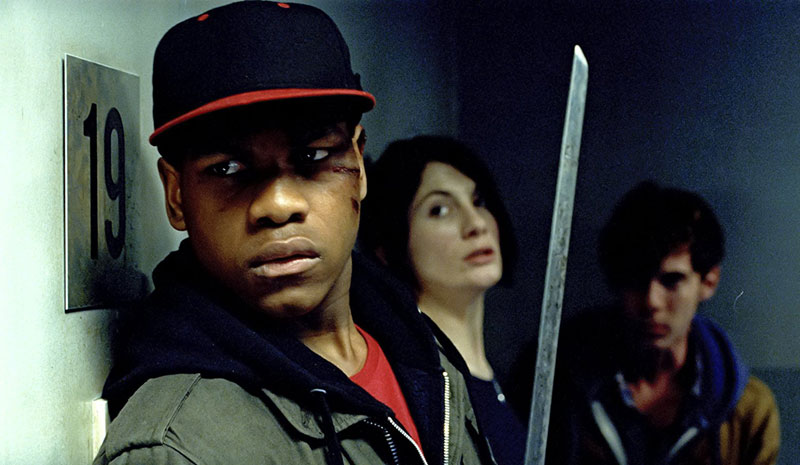 Smart, quick, funny, and economical, Attack the Block is an alien-invasion movie that is a breed apart. Set largely within a London housing project, the film turns on the idea that its young hoodlum protagonists can also become the project’s protectors and heroes. In the opening sequence, the racially mixed group of teenage thugs mugs a white woman as she comes home from work. The woman, Sam (Whittaker), is a nurse who also lives in the housing project, which turns out to be handy when one of their tribe needs patching up after a run-in with an alien. The allegiances between the gang and the woman constantly shift throughout the movie, as she reports them to the police, they turn to her for help, and everyone fights for their turf. The realities of sex, race, class, and gang divisions all factor into the story but smartly remain steady undercurrents rather than driving forces. The police and other government entities have no mitigating presence in the story. The people are left on their own to defend their neighborhood, Assault on Precinct 13-style. British comedian and writer Joe Cornish (The Adam and Joe Show) makes a strong film-directing debut here and quashes any lingering stateside doubts about why Steven Spielberg might have hired him to rewrite the script for his end-of-the-year tentpole, The Adventures of Tintin: Secret of the Unicorn. Edgar Wright, Cornish’s co-writer on the upcoming Spielberg film, serves as an executive producer of Attack the Block, which is appropriate since Wright’s witty zombie genre spoof, Shaun of the Dead, bears an obvious kinship with Cornish’s film. Also appearing in Attack the Block is one of Shaun’s co-stars, who plays a secondary role here as the neighborhood’s friendly pot dealer. The alien creatures – big, furry blobs with glow-in-the-dark fangs – are hardly the most fearsome things but Cornish uses them strategically, and was wise not to squander his obviously small budget on creature effects. Instead, he makes the most of the housing project’s dreary exteriors and cramped interiors, and coaxes compelling performances from his numerous inexperienced actors. The film moves at a breakneck pace, and much of it is propelled by Steven Prince’s techno score that incorporates beats by Basement Jaxx. Possibly problematic for the American audience is the idiomatic slang spoken by the gang members, posing more than the usual problems for our ears when adjusting to Britspeak. It’s never enough to impede our understanding of what transpires, although certain details are sure to be lost on this side of the pond. Overall, the movie’s low-rent British specificity is a plus because the unique milieu provides a unique set of problems for the earthlings to overcome. 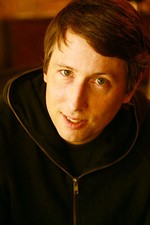 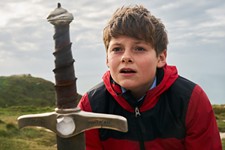