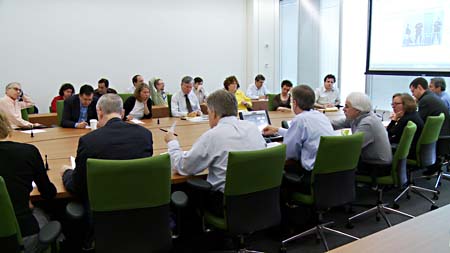 Page One: Inside The New York Times

When it came time for The New York Times to review this documentary, which provides a limited but engrossing look at what is still, for many, the gold standard of newspaper journalism, the Times outsourced the review to Slate Founding Editor Michael Kinsley – the thinking being that no one on staff could objectively critique a piece that hit so close to home. Honestly? I kind of wish I could farm it out, too, because the concerns addressed in Page One – among them the slow death of print media and the often shambling efforts of newspapers to reinvent themselves in this new media era – are the same concerns confounding the paper you’re currently holding, or, more likely, perusing online. The Chronicle isn’t immune to these seismic upheavals – maybe you’ve noticed some names have disappeared from our staff box? – and recently the Statesman announced a dozen early buyouts of veteran reporters and editors. These are sink-or-swim times for print media, a fact grimly illustrated in the film when one Times employee frames a wave of layoffs thusly: “We have to dump bodies overboard.” Page One’s wandering attention touches on the Pentagon Papers, WikiLeaks, and the enduring embarrassment of the Judith Miller scandal, with asides from an impressive array of talking heads like David Remnick, Gay Talese, and Clay Shirky. (It should also be noted that Page One wears its pro-Times bias on its sleeve, right up to the rankling but now-common inclusion of a “get involved” Web address at film’s end.) Page One is most compelling as a moving-picture portrait of the prickly personalities at the media desk – a department often tasked with writing obituaries for its own industry – including Media Desk Editor Bruce Headlam (good for gallows humor), irrepressible tweeter Brian Stelter (a wunderkind blogger wisely recruited by the Times), and, most especially, David Carr. Carr first made a splash at the Times by thumping the nose of traditional movie awards season coverage as the Carpetbagger, and then shot to notoriety as the author of the memoir The Night of the Gun, in which he recounted his years grappling with addiction. Carr is a scrapper, all right – it’s a kick watching him stop an interview with Vice magazine’s snarksters in its tracks to bitch out a Vice guy for saying something flippant about the Times’ coverage in Liberia – and Carr, who started tweeting at 52, is the living embodiment of the collision of old media and new. Jury’s still out on whether that collision will prove, industrywide, to be a spectacular car crash or a spirited evolution. I don’t think we’ll have to wait long to find out. 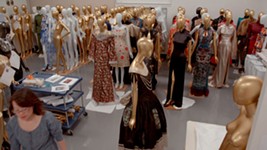 Page One: Inside The New York Times, Andrew Rossi