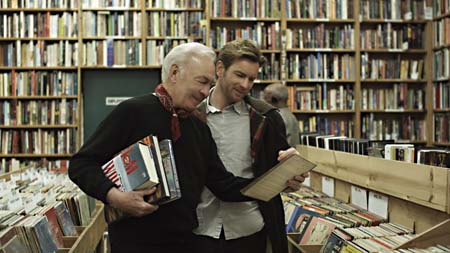 “You think you’re you,” a man tells a dog named Arthur, before breaking it to Arthur, a Jack Russell, that his personality has everything to do with being bred that way. They’re just starting out – the man has inherited the dog from his dead father – but true beginnings are well-nigh impossible. From the moment of birth, we become imprinted by outside forces, most crucially those of our parents, so even if we resolve to scour clean Mom's and Dad’s identifying marks on us, that very act of rebellion is a reaction to, and therefore a confirmation of, their ineluctable influence. When we first meet 38-year-old Oliver (McGregor), his patterns of speech, his quirks, his method of pitching woo to a stunning French actress named Anna (Inglourious Basterds’ Laurent) seem wholly his own. It’s only when writer/director Mike Mills scats to different entry points in Oliver’s life – to five years prior when his newly widowed father, Hal (Plummer, so beamy it’s almost blinding), comes out of the closet, or to 30 years back when Oliver’s unpredictable but magnetic mother (Keller) hurls hints at her young son of the agitation she lives with, locked in a sexless marriage – that we can pinpoint the source of those patterns of speech and defining quirks. Oliver, the adult, is a graphic designer – as is Mills (in addition to being a music-video director and the filmmaker behind the very fine Thumbsucker) – and Beginners has a wonderfully collagist feel with its overlapping time frames, photo montages of archival art and advertisements, and satiny layering of details that amass to make a very full-feeling portrait of who Oliver is, who Oliver was, and who Oliver may still become, especially as he falls in love anew. (Oh, but does Mills nail that light-in-the-head first stretch of new love, with its secret smiles and gentle pawing.) When he meets Anna, Oliver is working on a project, an illustrated “history of sadness” inspired by his grief over Hal’s death. It’s that grief that first sparks Anna’s interest, and it’s their mutual woundedness that brings them closer together as a couple. Grief doesn’t exactly sound like a promising starting point for a love story, but, really, what a bounty Mills presents to us of beauty and buoyancy and possibility. McGregor, whose open face has sometimes danced dangerously close to dopey, has never been more affecting than as the hangdog romantic Oliver, who is savvy enough to know the ingrained ways in which he torpedoes relationships but not self-possessed enough to break the habit. In his single, but needling, misstep, Mills blocks out the audio when Oliver and Anna fight; it’s a cheat. Still, we know enough to go on. “You think you’re you,” Oliver scoffs at Arthur the dog when he’s at his lowest; eventually, as he claws his way through the grief, he’ll figure out that there’s equal truth in the fixed you – the you your parents made – and the you that is ever in flux. Beginners pays tender tribute to that imprinting process, but also, quite dazzlingly, makes a person sincerely believe in the possibility of rebirth. (Interviews with Mike Mills and Ewan McGregor appear at "This Is What Mourning Looks Like, June 24.) 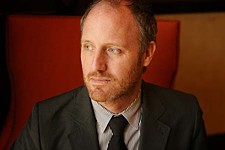 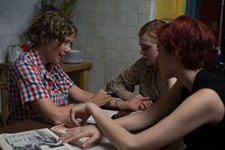