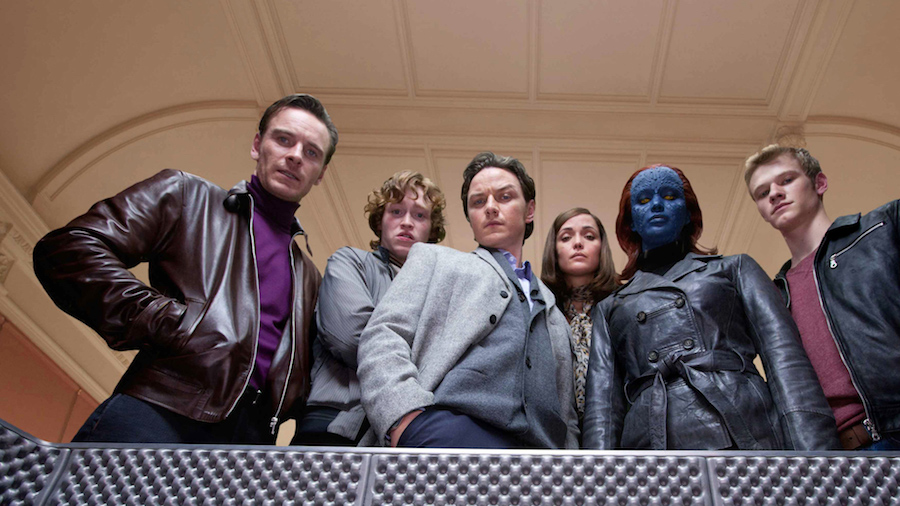 The first time the Marvel comic X-Men was transposed to screen in 2000, director Bryan Singer cast two of England's most vaunted thespian-graybeards, Patrick Stewart and Ian McKellen, as Professor Xavier and Erik Lensherr – as unlikely a pair a person could imagine to anchor a film about mutant-leaders-turned-mortal-enemies. In this origin story, set primarily in the early Sixties, director Matthew Vaughn gooses summer blockbuster expectations further by enlisting two arthouse hotties, James McAvoy (Atonement) and Michael Fassbender (Hunger), to portray youthful versions of, respectively, Professor X, who reads minds, and Erik, who bends metal as his alias Magneto. Yes, yes, they can act (certainly more persuasively than Mad Men's January Jones, who underemotes to the corner of catatonia as a mutant baddie with the ability to turn to diamond), but let's be clear: The tight-pantsed pair are eye candy for Masterpiece Theatre enthusiasts, and how often can you say that about a summer movie? Although, truth be told, X-Men: First Class feels less like a movie and more like a series of preambles, especially in its hopscotching first third. It never quite catches a rhythm but glides by on the strength of its personalities; Jennifer Lawrence (Winter's Bone) and Nicholas Hoult (A Single Man) are especially moving as two teens struggling with the physical manifestations of their mutations. (In an otherwise stellar-looking film, Hoult's final transformation into the hirsute Beast is a letdown.) It's all vastly superior to Brett Ratner's scorched-earth X-Men: The Last Stand, of course. But new blood and swinging Sixties milieu aside, X-Men: First Class never finds a fresh way to sell the same message we've been hearing since the first X-Men, about loving the skin you're in, even – or especially – if it's blue. Admirable, to be sure, but when placed next to the other overfamiliar plot points – humans fearful of mutants, the idea of forced identification of mutants, a mad genius recruiting an army – and we're pretty definitively in broken-record country. Ah, but the natives do look groovy in their go-go boots and mock turtlenecks. 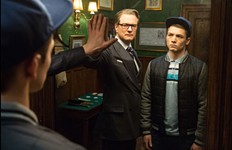