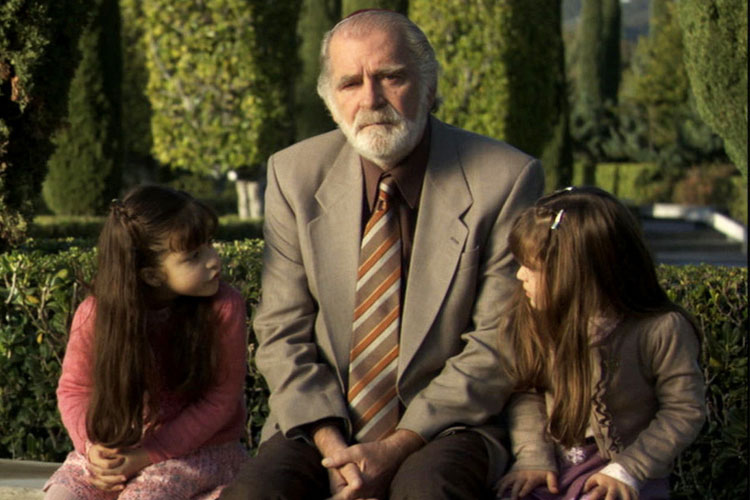 In 2010, debuting writer/director Mariana Chenillo made history as the first woman to be awarded the Ariel (the Mexican equivalent of the Oscar) for best director. Her film, Nora’s Will (under the title Five Days Without Nora), also received the industry’s top prize, and the film’s star Fernando Luján was named best actor. (Nora's Will also won an Audience Award at the 2009 Cine las Americas Film Festival.) This melodrama with a darkly comic streak also picked up a handful of other awards, creating instant curiosity about Chenillo’s future work. Although Nora’s Will is wry and engaging, the film turns unpleasantly sentimental by the end and lacks a distinctive visual signature. As the film opens, we observe Nora (Mariscal) setting the table and preparing her apartment as if for company. She looks through binoculars at her ex-husband José (Luján) who, though divorced from Nora for 20 years, lives in an apartment directly across the street. Nora then takes to her bed to commit suicide. What follows is almost a comedy of errors that begins when the rabbi comes over to say that since it is the beginning of Passover, according to Jewish law Nora will have to be buried within a few hours or wait another five days. The funeral can’t happen until Rubén (Brickman), José and Nora’s son, arrives with his family, so the interment is postponed. Moisés (Arreola) is sent over to pray over the body, while atheist José grows impatient and schedules a Catholic burial. Grandchildren frolic in the waiting casket and Nora’s Catholic housekeeper Fabiana (Peláez) vows to prepare the Passover meal that Nora neatly stacked in the refrigerator in Tupperware containers marked with instructional Post-its regarding their preparation. Conflicting agendas continue to mount and Chenillo gleans her best comic moments from the tensions that arise among the Orthodox Jews, the atheist, and the Catholics all fluttering about Nora’s household. José begins to soften when he discovers a photograph that has fallen underneath a bed and Nora did not intend for him to see. Chenillo has a good feel for the minor details of family and cultural dynamics. With a more sure hand and greater experience, this filmmaker should be capable of delivering some great films.