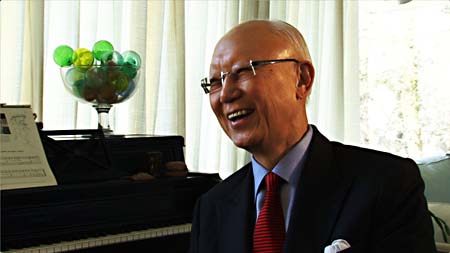 "Eat your greens or die of cancer" is the sage, if pedantic, advice given in this tightly constructed, thoroughly convincing, and dull-as-dirt documentary. It's ostensibly aimed at everyone, and in particular Westerners raised on a so-called "diet of affluence," i.e., meat, fish, fowl, and every mom's favorite – good, old-fashioned milk. Austin is a veritable vegan paradise when compared with the rest of barbecue- and rib-worshipping Texas, although our rapidly expanding population could do with a bit of cancer and heart disease-based herd-culling. (It would certainly make finding a good spot at Barton Springs a helluva lot easier.) But that's just a modest proposal. There's nothing remotely modest (or humorous) about the overwhelming evidence laid out over the course of Forks Over Knives. Director Fulkerson focuses chiefly on the findings of two researchers: Caldwell B. Esselstyn Jr., a surgeon (and Olympic gold medalist), at the Cleveland Clinic in Ohio, and T. Colin Campbell, professor emeritus of nutritional biochemisty at Cornell University. Working independently of each other, these two affable, informative researchers have come to the conclusion that the traditional Western diet is the main cause of heart disease and all manner of cancers. Their findings, which have arrived after the better part of 40 years research, have been peer-reviewed, double- and triple-verified, and later buoyed by a truly massive mapping of all cancer deaths and their correlation to diet in China – a study that ran from 1973 to 1978, and provided literally thousands of pages of hard data. The fact that red meat and fast food will not only kill you outright but make you feel as though you have a 24/7 hangover for years prior to your demise is in no more dispute from legitimate physicians, scientists, and researchers than the reality of global climate change. Most people know that they're killing themselves and their future selves, but as a species we seem helpless to corral our self-destructive tendencies. Why? Because corporate agribusiness and Big Pharma consistently help assemble the guidelines for nutritional standards in America and, for them, there are tremendous amounts of net profit at stake. For average Americans, however, it's their lives that hang in the misinformation-cluttered balance. Forks Over Knives’ solution is to move from the "traditional" American diet to a "whole-foods diet," which means eliminating from your diet anything that had eyes or legs, ran or swam. The startling news in Forks Over Knives is that new research points to the conclusion that a whole-foods diet can not only prevent the triple specters of cancer, heart disease, and Type 2 diabetes, but actually reverse those ailments. (As an added bonus, the film implies, Viagra will no longer be necessary on a whole-foods diet.) That's amazing news, to be sure, but did it have to come in the form of a documentary that plays like a late-night infomercial minus the manic British guy? Frankly, Mr. Shankly, I've seen Morrissey videos that are more life-changing than this well-intentioned but ultimately yawn-inducing barrage of factoids.