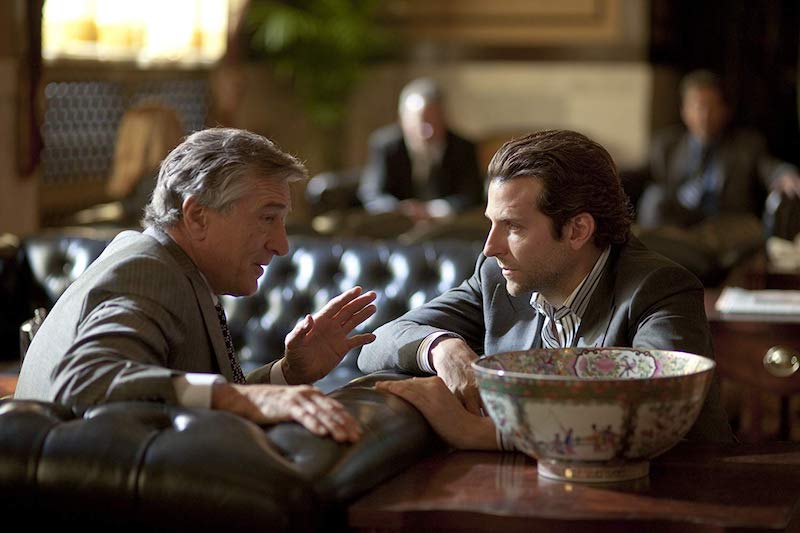 Limitless is a writer's movie by a writer, and it explores the dark side of the muse. Well, eventually it travels into the black, but before that it's pure wish fulfillment, and giddily so. Adapted from Alan Glynn's novel The Dark Fields, it posits a Philip Dick-ian now in which – as if out of nowhere – a lone and lonely writer finds literary (and financial) salvation in the form of a pill. If only. Eddie Morra (Cooper, clearly having fun with the idea) is the down, down, down-on-his-luck author who, as the story commences, is dumped by his up-and-coming publishing-house girlfriend, Lindy (Cornish). They're a pair who are meant to be together – it's obvious straightaway – but Eddie's writer's block and propensity for barroom shenanigans have driven his true love to distraction and beyond. Wandering the streets of New York City, he sidelines into a dive bar after a random encounter with his ex’s brother, a former (and possibly current) drug dealer, who, taking pity on this literary wretch, offers Eddie a free sample of NZT. Once ingested, NZT streamlines Eddie's brain to the point of perfection, artistic and otherwise. Suddenly he has finished his stillborn novel, but just as suddenly, his pharmacy suffers a slit throat. With his existing stash, Eddie makes moves to game Wall Street, attracting the attention of De Niro's high-stakes shark. But paranoia and blackouts infiltrate his days and all is not – insert Rod Serling wherever you like – as it appears to be. Limitless riffs boundlessly on what it means to be creative and how chemical stimulation (speed, booze, whatever) can tamp and temper the willpower necessary to achieve greatness. It's all fun and games until you start seeing stalkers and wondering if you've slain a supermodel in a drug-induced fugue. Cunningly assembled in flashback, and using not-too-intrusive narration, Limitless is, at its core, an anti-laziness polemic arriving from a society that has come to rely more and more on quick fixes and little pills that promise the world but usually result in smaller bank accounts and larger physical or mental ills (not to mention those freaky blackouts). The ability to use 100% of your brainpower? It's every artist’s dream. But, as Limitless eventually gets around to pointing out, nothing can replace the muse in your heart or head. Blood, sweat, and tears don't come in a capsule, but they do, eventually, render the Sistine Chapel, or Egon Schiele's nudes. Either way, the endless struggle to create is what makes our creations so magisterial, and so magic. Hit a brick wall and got a headache? Try Tylenol. 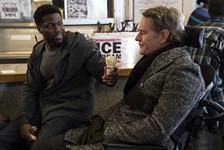