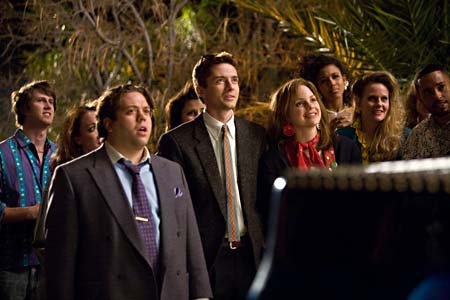 The kindest thing that might be said of this Eighties nostalgia trip is that its formulaic plot and overall mirthlessness are meant as mimetic tributes to that blasted decade. Taking place over a 24-hour period during which young graduates confront apprehensions about their future paths in life, Take Me Home Tonight only calls to mind better films such as American Graffiti and Dazed and Confused. This comedy scores points for its Eighties pop soundtrack and authentic wardrobe featuring big shoulder pads and skinny ties, but little else about it rings true. The actors all seem at least a decade too old to be playing freshly minted college graduates, and the plot and dialogue simply rehash material seen elsewhere and heard many times before. Grace, an actor who has a tendency to recede into the background, is a dicey choice to play the film’s lead character, Matt Franklin, but as Grace has both producing and story credits it seems as though this work is largely the actor’s brainchild. Matt is back home living with his family in Los Angeles after completing his college career at M.I.T. Although Matt doesn’t want to pursue work in the field for which he was trained, he has no ideas about what he does want to do, thus he’s spent the summer working at the mall as a clerk at Suncoast Video. When his high school crush, Tori (Palmer), comes into the store, Matt quickly devises an impressive alternate identity for himself, which pays off when she mentions getting together later at the annual Labor Day party of their classmate Kyle (Pratt). A subplot involves the romance between Kyle and Matt’s twin sister Wendy (Faris). Also adding sideline material is Matt’s best friend Barry (Fogler), who helps out by stealing a Mercedes from the lot where he used to work and then – of course, this is the Eighties – discovering a cache of cocaine in the glove compartment. The film was directed a while ago by Dowse, who also helmed Fubar, the mockumentary about a couple of Canadian headbangers, along with its sequel, Fubar: Balls to the Wall, which is making its U.S. premiere at SXSW. Take Me Home Tonight, sadly, plays like something that’s perennially stocked in the remainder bins at Suncoast Video. 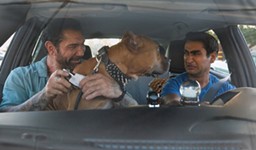 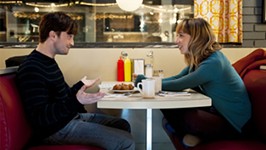