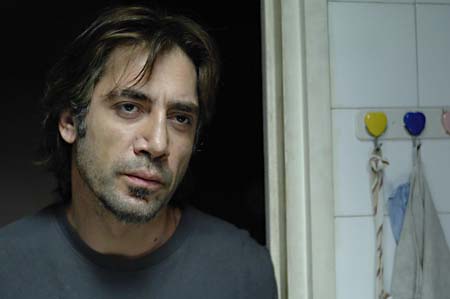 The urban grit of the Barcelona streets where Iñárritu’s Biutiful takes place differs from the fanciful and historic Barcelona that’s highlighted for tourists in the guidebooks. Instead we see a world of exploited foreign workers, off-the-books commerce, and people who carry the woes of the world on their shoulders. Bardem’s Uxbal is the epitome of the suffering soul: This man has more problems than Jesus’ crown had thorns. Narratively, it’s all a bit much for one character to bear, yet Biutiful works despite its excesses because of the spectacularly textured performance by Bardem (who was just nominated for an Academy Award) and Iñárritu’s poetic nuances that seep beyond the edges of every frame. In addition to its urban setting, Biutiful is also very tied to the natural world, beginning and ending in some sort of forest of the imagination punctuated by the sounds of the sea. When Uxbal sees blackbirds clustering on the edge of the horizon, it’s as though we’ve been dropped in the Expressionistic world of Vincent van Gogh’s Wheatfield With Crows, in which a hovering sense of doom pecks away at the soul. In his first feature film since parting company with Guillermo Arriaga (Iñárritu’s screenwriting partner on Babel, 21 Grams, and Amores Perros), Iñárritu has not abandoned his taste for depicting humanity’s woebegone and irredeemable state. Uxbal does what he can to survive: He is the middleman between the Chinese counterfeiters of various products and the illegal immigrants who manufacture them in sweatshops and sell them on the street. He tries to help the workers to the extent he can, but what he can offer is more empathetic than practical. He is a loving and attentive father to his two young children, and though he is a faithful provider, their provisions are meager; he picks up some cash here and there with his ability to communicate with the dead. There is also his bipolar wife Marambra (Álvarez), from whom he is separated but nevertheless treats with compassion, even as he strives to guard the emotional well-being of his children. Adding to his concerns is the discovery that Marambra is also sexually involved with his brother Tito (Fernández). Then there’s this little kicker: Uxbal is dying of a terminal disease and only has a few months to live. Uxbal’s torments are without end, but Bardem depicts the character with a feral grace that ranges from extreme sensitivity to explosive volatility. It is, no doubt, one of the most versatile and engrossing performances of the year. As much as Bardem is an expressive instrument for parlaying Iñárritu’s somber worldview, so too is cinematographer Rodrigo Prieto, whose stunning compositions find the poetry amid the sorrow. Iñárritu dedicates Biutiful to his father, and in this sense, the film rises from its depths to reveal a child’s illumination about what it really means to be a good parent and provider. Uxbal carries our burdens; it’s just too bad he has to suffer for our sins. 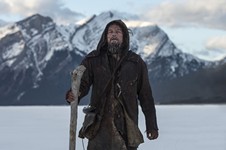 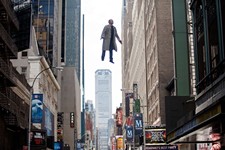