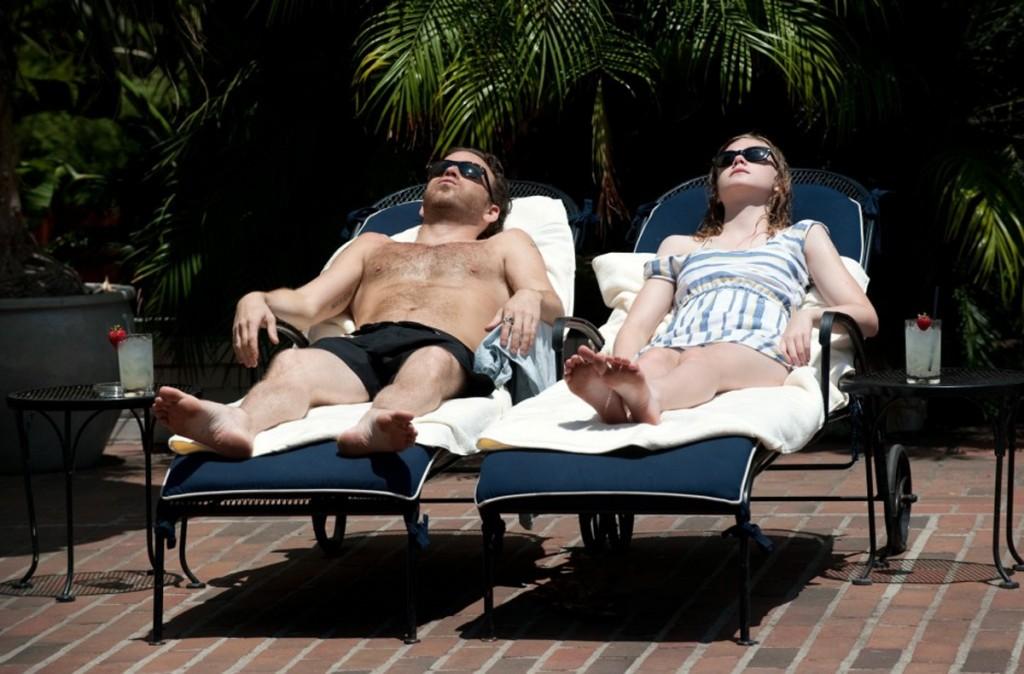 Oh, the ennui. In Somewhere, it's so thick you could cut it with Stephen Dorff's chiseled cheekbones. It's so cloying as to be frightening, like swimming in marzipan, a retardant of vitality that appears deliciously inviting from the outside but turns out to be a slow-motion soul-sucker – the apex (or is that nadir?) of vacuous, empty emotional calories. Like Coppola's far more ambitious Lost in Translation, this is a canny but redundant observation of Hollywood's calcifying effect on a male ego. Johnny Marco (Dorff, returning from purgatory with less a bang than a well-acted whimper) is a movie star of some kind – we're never really sure what kind, but his wrist is sheathed in a cast from "doing [his] own stunts" – who appears to have become so bored with the nouvelle plastique lifestyle of wealth and fame that he's become zombified enough to qualify for a cameo on The Walking Dead. He spends his empty days and thrill-less nights holed up at the Chateau Marmont, eyeing room-service pole dancers without even the barest hint of lasciviousness and occasionally venturing out to attend the sort of yawny hipsterish party that seems planned and executed by The Stranger-era Camus. Marco is, indeed, a stranger to himself. He's so intimately alone, whether racing his Ferrari against nothing and no one in a closed-loop course or fielding equally uninteresting queries at an international press junket for his latest action picture, that he radiates a cheerless sort of self-loathing. The only ray of sunshine in his apparently spotless mind is his tween daughter Cleo (Fanning, the lone spark in an otherwise flameless grate). Marco revivifies in her presence, but even she barely raises his pulse, much less signs of an artistic temperament. Coppola is making a statement – a dreamy, beautifully shot (by Harris Savides) statement – about the slow-burning dread of a truly hollow man, but Somewhere lacks the death rattle-dry humor of Lost in Translation. The Chateau Marmont is itself a main character and, in Savides' and Coppola's eyes, the famed Hollywood playland/hellhole exudes a creepy loneliness that makes the at least better-lit hallways of The Shining's ruinous Overlook Hotel look positively life-affirming by comparison. One sequence has Marco undergoing a makeup test for an upcoming film. Sitting alone, with his entire head shrouded in plaster of paris, he wears a ratty Black Flag T-shirt, which provides us with a subtle and poignant counterpoint to his moldering soul. He's the polar opposite of Henry Rollins' incendiary, impassioned punk rock turmoil. Marco may be damaged, wasted, and on the verge of a nervous breakdown with nothing left inside, but frankly, so what? Fame is a vampire: We've heard it before. We don't need to hear it again.