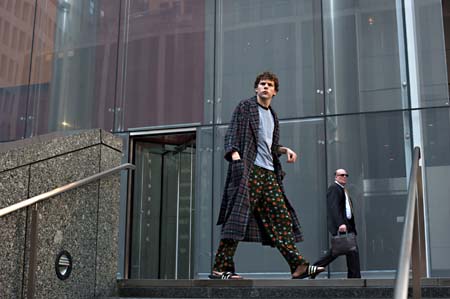 Any resemblance to real persons, living or dead, is of course entirely intentional. Then again, define "real" in this age of oversharing, in which we construct identities online and play to an always-there audience. The blisteringly entertaining The Social Network touches down in what we now recognize as the calm before the storm, before social media – Facebook and Twitter, most especially – rewrote the rules on how information moves. We first meet the eventual founder of Facebook, Mark Zuckerberg (Eisenberg), in a Cambridge bar, having drinks with his girlfriend (Mara). A Harvard sophomore slouched in an everyman's Gap sweatshirt, Zuckerberg is callous, socially inept, and ravenously ambitious – the boy who would be king, not yet fixed on what the kingdom to come will look like. If there were worries going in as to how the meshing of The Social Network's two major creative forces, writer Aaron Sorkin (The West Wing) and director David Fincher (Fight Club), would pan out, this masterly opening scene quashes any doubts: Turns out Sorkin's signature mile-a-minute sparring rubs up quite nicely with Fincher's command of near sick-making tension. These are two distinctive and expert showmen sharing a surprising common ground – and that may be the only point of harmony (in fact, a rather rhapsodic one) in this retelling of Facebook's contentious first steps, which have been in legal dispute almost as soon as the social network began in 2003. (The real and somewhat comically media-antipathetic Zuckerberg has lately, leading up to the film's release, been on something of a good will tour, including a crucial layover on Oprah's couch.) The Social Network cuts to and fro with ease from flashbacks of Zuckerberg's undergraduate days to depositions related to two concurrent lawsuits brought against him – one by his former best friend Eduardo Severin (Garfield, shiny-eyed and endearing), a co-founder muscled out of the company, and one by two gentlemen-jock classmates who claim Zuckerberg stole their idea, the Winklevoss twins (both played by Hammer, with full-bodied gusto). Although the legal proceedings provide the handy framework for the film, who did what to whom, when, and with exactly how much premeditated bloodlust is ultimately of ancillary concern to the film's endlessly layered examination of an asshole. That's the filmmakers' word, not mine, and it's testament to The Social Network's expansiveness that one could easily substitute "class warrior," "unrepentant shark," or "scorned lover" for a-hole and still not contain the roiling, all-too-human mass of contradictions in the character. Eisenberg is chillingly good here, shucking off the self-effacing sweetness he brought to Adventureland and Zombieland to bathe unselfconsciously in Zuckerberg's defining hostility; when he fades out in the third act as the central focus, it undercuts the thumpingness of the film's conclusion. But back to those contradictions: The Social Network moves silkily between spryness and menace, uncorked bubbly and boys unsure what to do with their suddenly in-demand cocks, the brain-rattling speak of corporate takeover and the pinging pleasure of a perfectly timed zinger. And tell me Fincher's not having a laugh by goosing a competitive rowing sequence with the same musical strain of Grieg's "Peer Gynt" – here, given a doomy electronic treatment by scorers Trent Reznor and Atticus Ross – that the sad-eyed monster Peter Lorre once 'napped children to in Fritz Lang's M. Maybe it's a sly nod to the Pied Piper-like lure of Facebook, or maybe it's just an uptempo musical cue fitting for a corking-good action sequence (Fincher, alongside Michael Mann, is surely making some of the best-looking and formally invigorating digitally shot dramas today). Who can say for sure? History as we know it is still unfurling, and The Social Network is that rare film that has something – not yet definitive but certainly provocative – to say about it. (See "Where 'Friend' Is a Four-Letter Word," Oct. 1, for related interviews.) 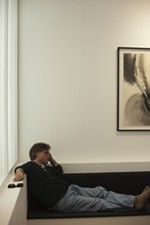 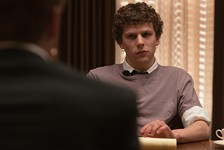