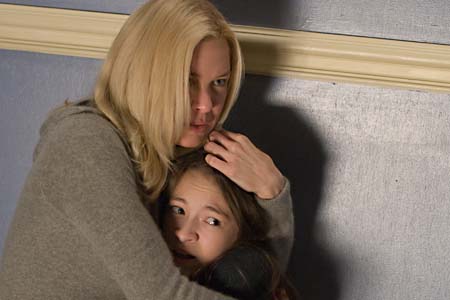 Neither so awful as to be enjoyable nor eerily artful enough to be anything other than a snoozy also-ran in the perpetually poor plotting machine that is the demon-child cinematic subgenre, Case 39 is exactly as forgettable as, I'd wager, the 38 previous ones. Notably, the film has been theatrically released and available on DVD overseas, having been shot in 2006 and then abruptly orphaned stateside by home studio Paramount for reasons unknown. Academy Award-winner and former Return of the Texas Chainsaw Massacre ingenue Zellweger plays Emily Jenkins, a social worker assigned to the hellishly problematic case of 10-year-old Lily Sullivan (Ferland, of Terry Gilliam's Tideland). Lily is a raven-locked, plaid-jumper-wearing emissary of the damned, whose parents, clearly aware of genre tropes and acting accordingly, tried and failed to bake her alive in the family oven. In a professionally questionable breach of protocol, Emily petitions the court to become the child's guardian, and before you can say, "Rosemary's ba…!" various and sundry character actors begin dying in horrible ways. Nothing so horrible, mind you, as my personal bugaboo – being devoured by sharks with bees for teeth – but unfun nonetheless. Ferland is suitably creepy in the devil-child role (plaid = evil, always), and there's nothing embarrassing about Zellweger's performance at all, but Case 39 fails to make an impression (or raise a goosebump or a hackle) by sheer dint of its mediocre sameness. As anyone who's seen Orphan, The Omen, The Unborn, The Bad Seed, The Good Son, Village of the Damned, or The Sound of Music knows, children are the devil's playthings and are not to be trifled with or, for heaven's sake, adopted. That's just common sense. 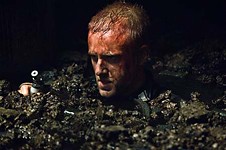 Pandorum
Two crew members wake up aboard a spaceship with no knowledge of their identities or their mission in this horror/science-fiction amalgam.