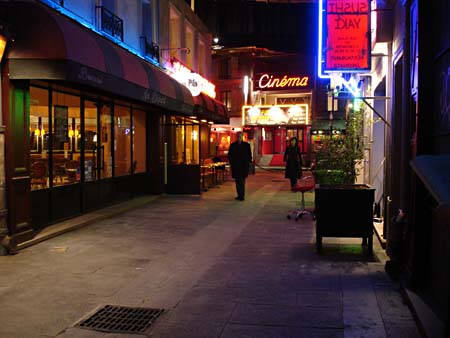 I'll confess right up front that the plot of revered French director Resnais’ Wild Grass, which was adapted from a novel by Christian Gailly, left me wondering if the English subtitles were either too literal or too lyrical to make adequate sense of the original French-language screenplay by Alex Reval and Laurent Herbiet. Resnais, at 88, is one of the last surviving lions of the French New Wave; his early masterworks Night and Fog, Hiroshima Mon Amour, and Last Year at Marienbad are as breathtakingly original and fresh today as they were when they first appeared in darkened arthouses, dreamlike and desirous, over a half-century ago. So Resnais has earned, many times over, the right to baffle his audience, or at least challenge us on intellectual levels few, if any, other living directors (French or otherwise) dare attempt. Wild Grass spirals back toward Marienbad in its subjective viewpoints, with a main character who may be mad, or merely madly in love, or perhaps maddened that love has somehow eluded him. Whichever it is, and however you choose to define this often delightful, frequently delirious Rubik's Cube of a film, no one can say that Resnais' twilight years have been spent in idleness. To the contrary: Wild Grass is quite possibly the most drop-dead gorgeous film I've seen all year. Eric Gautier's cinematography is a sexy and sensual deluge of exotic, liquescent azures, fiery crimsons, and rapturous violets. This film pops right off the screen and makes your eyeballs positively drool. Beyond that, the human beings who populate it seem almost drab by comparison. Georges (Dussollier), a fiftyish man with a narrative soundtrack attached, finds a woman's wallet in a parking garage. As it turns out, the wallet was stolen from comely Marguerite (Azéma), a dentist whose astounding, ginger-colored riot of ringlets redefines shock coiffures (in a great way). The two make verbal contact, Georges returns the wallet to the police (a terrific, smallish role for the excellent Amalric), and some stalking ensues. But who, exactly, is stalking whom, and for what reason? I'm still not entirely sure, but Resnais' funky, frothy bonbon of a film is nevertheless a breathtaking sight to see. 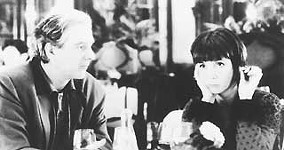