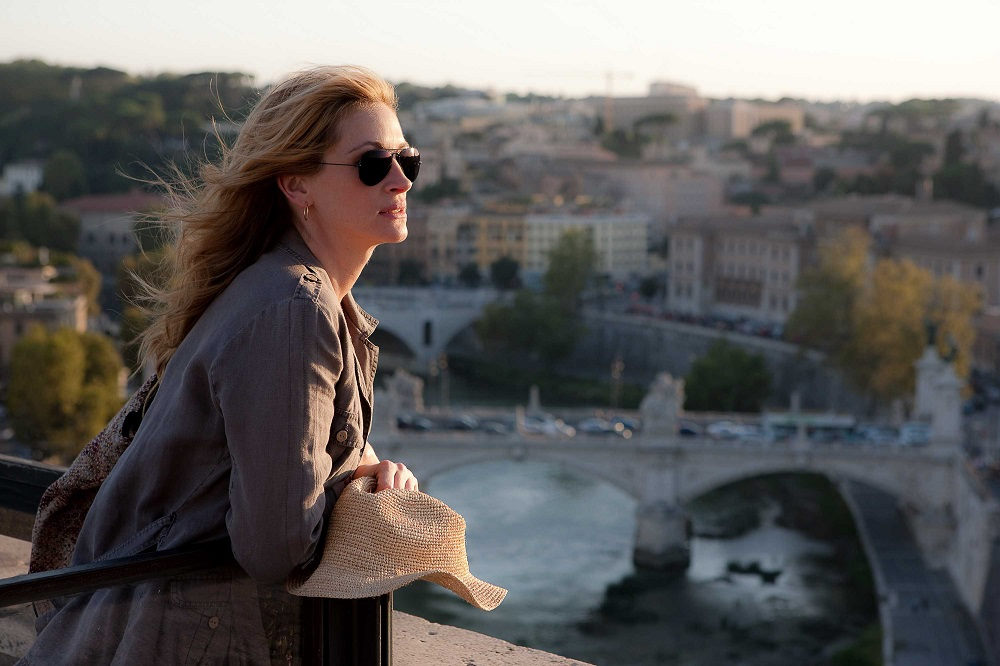 When the script for Eat Pray Love landed in Richard Jenkins' inbox, one can imagine he must have twinkled at the pages-long monologue his character delivers in the film's midsection. In the monologue, Richard from Texas (as he's known in both the film and in Elizabeth Gilbert's bestselling memoir) explains the boozy, rock-bottom circumstances that brought him to an ashram in India, where he meets Gilbert (Roberts), who also has bottomed out postdivorce and gone to find herself in a spiritual quest that takes her from Italy to India to Bali. To use language as coarse and colloquial as his rascally character might: Jenkins acts the shit out of the scene. Too bad he only has half his face to work with. Director Murphy (Glee, Running With Scissors) makes a disastrous decision to shoot Jenkins in profile – the better to accommodate co-star Roberts in the frame? – which means that what should have been Jenkins' "not a dry eye in the house" audition reel for awards season takes a backseat in my brain to the refrain: Why won't Murphy just scooch the camera to the right? Scooch! Scooch! Murphy repeatedly makes counterintuitive moves with his camera – titled angles, bizarre placements (one scene is shot from foot-traffic height), and off-puttingly extreme close-ups. There's a lack of clarity here, both in composition and content, and the film has the unfortunate effect of mimicking Gilbert's identity crisis. And Roberts, wearing that beatific half-smile of hers that suggests inner peace and wisdom before she's even begun her journey, is too open-faced with her emotions to signal the complexities of Gilbert's distress – over her divorce, her control issues, her rootlessness, and inability to live in the moment. There is plenty to cheer here: Jenkins and Bardem (as a suitor in Bali) are terrific, the sights are gorgeous (especially in the Italy interlude, with its food-porn holy trinity of pasta, pizza, and vino), and sharp, funny, and moving observations frequently puncture the film's overall muzziness. In a telling scene, Gilbert begins a speech to a table of friends: "Seeing all you happy people…." She is near happiness but not in it, not of it; it is an itch that may well never be scratched. And so it goes with Eat Pray Love, an ambitious but confused and frustrating film that circles near catharsis, occasionally brushing its hem, but that's about as close as it ever gets. Running With Scissors
This film depiction of Augusten Burroughs' hellish childhood is tonally fractured and features a series of performances that pitch and yaw between "normal" and utterly mad.