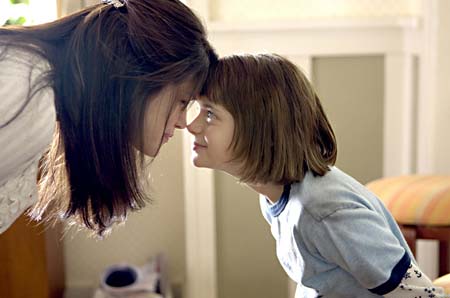 Children's author Beverly Cleary penned Beezus and Ramona back in 1955, although older sister Beezus – short for Beatrice – would quickly take a backseat to Ramona, the scrappy and imaginative accused "pest" who would go on to headline in Cleary's seven sequels. This film adaptation puts the same emphasis on Ramona (King), reshuffling the books' timeline and presenting a sort of greatest hits – the toothpaste! the burr tiara! – of the misadventures of Ramona Quimby of Klickitat Street, Portland, Ore. Middle book Ramona and Her Father supplies the bulk of the plot here, and it was built to last: Scripters Laurie Craig and Nick Pustay didn't have to stretch the imagination much to retool Mr. Quimby's layoff circa 1977 to corporate downsizing in 2010. Corbett (Sex and the City) plays the sudden househusband Robert Quimby, and his amaranthine aura of dorky benignancy is put to good use; he has a cozy rapport with the child actress King. All of the key parts are well-cast, including Disney Channel star Gomez as Beezus, splitting the difference between a big sister's tyranny and tenderness. Refreshingly anti-princess and sweet without degrading into sugary, Ramona and Beezus animates Ramona's frequent flights of fancy with DIY-like sequences that literalize, quite charmingly, how a kid colors the world. And if you're Ramona Quimby, it's very rarely inside the lines. 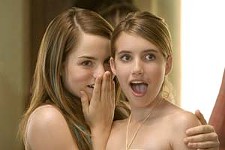 Aquamarine
Based on a young adult novel by Alice Hoffman, the film is about two best girlfriends who meet up with … a mermaid!