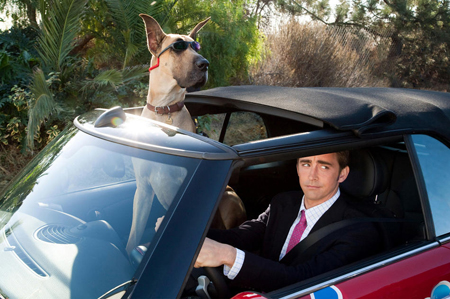 Will the psychic wounds of secondary school ever fade? And if they did, would Hollywood screenwriters have anything left to write about? Sure, high school's crises of confidence and public humiliations make endless fodder for the therapy couch, but movies are expensive, both to make and to watch, and I'm getting a little tired of plunking down 10 bucks to watch filmmakers mentally work through getting pantsed or passed over for prom. Even the thinnest concept films, it seems, are tuned to the theme of endless high school – and you don't get much flimsier than the live-actioning of a 45-year-old comic strip about a big, dumb dog. Marmaduke (amiably voiced by Wilson) is the dog in question: a mammoth Great Dane mix who, in his own words, is going through his awkward teenage years. Marmaduke means well, but he's too ungainly, too uncoordinated, too sloppy and eager to make mischief. He's also a mutt, which docks him major points when Marmaduke's family, the Winslows, moves from Kansas to Orange County (scored, unimaginatively, to The OC theme music), where the dog park division between pedigrees and mixed breeds is framed as a kind of canine clique war. There's also a makeover sequence, hard partying, light ethnic humor, and a princess vs. tomboy love triangle – which sounds like the makings of a totally rad John Hughes movie. Instead, it's an intermittently amusing parable about an outcast's ascension, as performed by a pack of digitally manipulated dogs. Next. 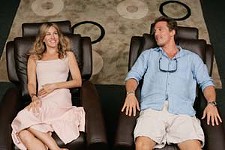 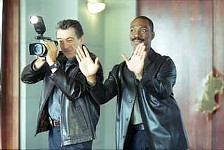 Showtime
It's a double-edged sword: The collective charisma of Robert De Niro, Eddie Murphy, and Rene Russo is the only reason to slap down eight bucks ...