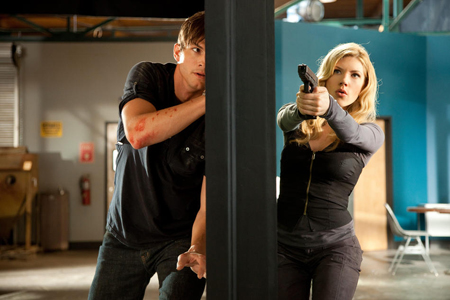 Heigl reteams here with her director of The Ugly Truth to see, apparently, if they could stoop any lower. The sad truth is that they can and did, although the sullying quality of the hackneyed script by Bob DeRosa and Ted Griffin is a not-insubstantial factor in this tedious romp. Premise: A woman marries her dream guy only to abruptly discover that he was once an assassin for the CIA. Variations on this story are the foundations of such films as True Lies and the 2005 Mr. & Mrs. Smith and even the Tom Cruise/Cameron Diaz feature Knight and Day, which is scheduled for release later this month. Killers contributes little to the form and otherwise coasts on the strength of its eye-candy casting of two handsome former models-turned-actors, Heigl and Kutcher. Both have in common a limited emotive range, which grows quickly tiresome, though Heigl, with her ability to play both a shrieking hysteric and an uptight sexpot, has double the range of Kutcher. The movie begins with an extended meet-cute preamble in the south of France, where Jen (Heigl) is vacationing with her parents (Selleck and O’Hara) after getting dumped by her fiancé for being unadventurous. The setup and locale call to mind Hitchcock’s To Catch a Thief, though that raises unfulfilled expectations. Kutcher’s Spencer wants to get out of the hit-man business and dreams of retiring to a quiet suburban life. Cut to three years later and we find Jen and Spencer married and living out their suburban ideals. Then, one by one, their so-called friends start shooting at them and the couple goes on the run while trying to figure out why they have become targets. There was potential in this setup to make a mockery of suburban values and lifestyles, but instead the script only calls for violent mayhem and chaotic, nonsensical plotting. Only the underplaying Selleck gets out of this with any dignity, while O’Hara is totally wasted as Jen’s one-note tippling mom. 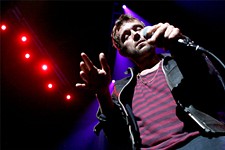