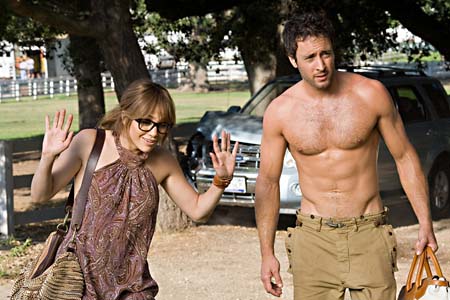 Part unfunny sitcom, part post-Gigli career resurrection strategy, and all bad, The Back-up Plan is the kind of cookie-cutter, strictly for Lifetime romantic comedy that gives the entire storied romcom genre – from its screwball origins in the 1930s with stone classics such as Howard Hawks’ Bringing Up Baby all the way to more angsty contemporary antecedents such as the recent (500) Days of Summer – a bad name. Husbands, boyfriends, and first-daters are absolutely within their purview to flee in terror to the nearest Michael Bay explodathon when confronted with the grim news that The Back-up Plan is on this evening's romantic menu (thank goodness some primal bit of Homo sapiens’ reptilian hindbrain still kicks and twitches instinctively at potential embarrassments such as this). It's not that The Back-up Plan, which features Lopez as a giddy Manhattan pet-store owner who has herself artificially inseminated and then promptly meets the man of her dreams, is anti-male (although O’Loughlin as J-Lo's post-spermy squeeze – a chèvre dealer no less – is about as compelling a specimen as Mr. Magoo on ’roids). It's not; although a sterling case could be made that the film, with its crazed, scatological take on "natural birth" and single mothers’ support groups, not to mention the whole ticking-time-bomb-of-estrogen thing, is creepily unsympathetic to modern gals' lifestyle choices. No, with its desperate, histrionic tone, obvious and too-dumb-to-be-considered-manipulative plot machinations, and suicidal overuse of godawful unpop songs to underscore the already unmissable inner emotions of its increasingly annoying main character, The Back-up Plan is that rare kind of cinematic train wreck, the kind that makes fans of exemplary romantic comedies (Shaun of the Dead, for instance) rush homeward from the theatre, eyes bleeding, hearts faltering, to mainline a massive dose of Who's Afraid of Virginia Woolf? or pretty much any John Waters film in order to return the known film universe to some sort of romantic equilibrium. Not even so bad it's good, The Back-up Plan is instead another pointed arrow in man- (and woman-) kind's anti-chick flick quiver. Nora Ephron, you're needed. 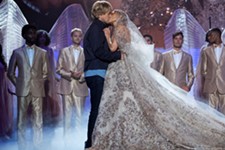 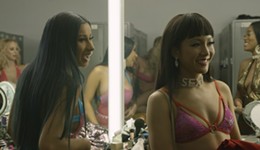