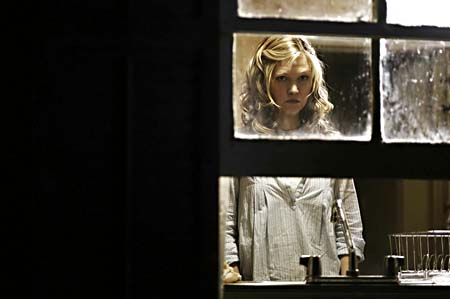 The Cry of the Owl

This mood-heavy Canadian/German co-production, based on the 1962 Patricia Highsmith novel, contemplates what happens to a stalker when the object of his obsession returns the favor. Reeling from a rocky divorce, the emotionally ragged Robert Forrester (Considine) moves out of the big city (an unspecified Toronto) and into the country – presumably for the peace and quiet. There, he begins to frequent the front yard of a mystery woman (played by Stiles), watching her through the window. One day she spies him spying her, and from there, the two throw themselves into a supercharged relationship that starts out twisted and tries on varying sizes of derangement throughout, none a particularly good fit. Considine – a UK actor who's usually great (In America, My Summer of Love) – rubs the Midlands out of his accent so vigorously he winds up tone-deaf and textureless. British writer/director Thraves' film suffers from the same flat, even fraudulent feeling. The Ontario countryside is lovely to look at, though. 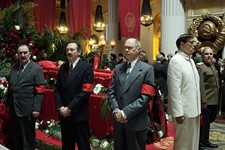