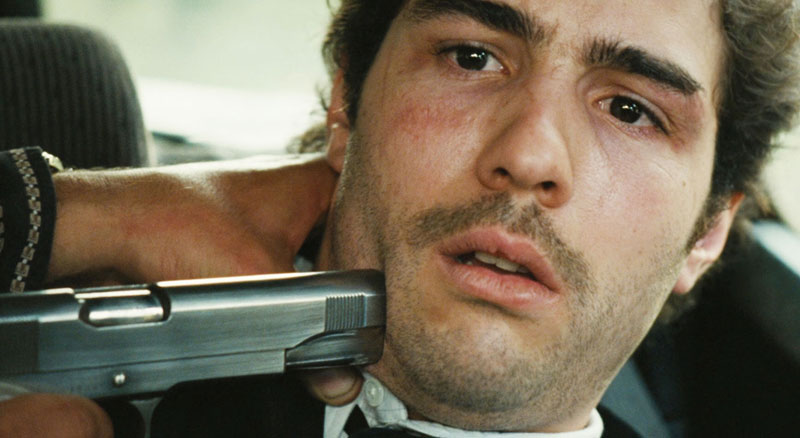 The astonishingly good French drama A Prophet is the best prison/crime saga to come along in quite a while – and that’s not just because the film can boast fistfuls of awards (among them, numerous Césars and the Cannes Grand Prix) that lend credence to such a claim. Audiard’s film ranks up there with GoodFellas, both Scarfaces, The Godfathers, Oz, the gangster films of Jean-Pierre Melville, and A Clockwork Orange in terms of its etiological study of criminal subcultures, the social stratification of prisons, the self-perpetuating cycle of sociopathic activity, and the exquisitely composed narrative fashioned by its authorial director: It’s that good. The film tells the story of how a 19-year-old Arab youth with no family or relatives enters a French prison as a scared and illiterate boy and emerges six years later as the area’s indisputable mob kingpin. It’s a hard-won journey, but a metamorphosis of questionable merit as well, creating a tone that is both inspirational and terrifying. Audiard is no stranger to crime stories, having directed the superlative Read My Lips and The Beat That My Heart Skipped, a French remake of James Toback’s Oedipal drama Fingers. In A Prophet, Audiard creates a stripped-down visual milieu that becomes fascinating almost as much for what it excludes as includes. As we monitor the “progress” of this boy to man, Audiard’s choices allow us to view the character with clarity. We know nothing of the backstory of Malik El Djebena (Rahim), the young man whom we meet in the opening scene as he’s being processed at the police station on unclear charges. He is a blank slate who’s been disposed of by proper society yet able to rise within the prison hierarchy due to his innate intelligence and sheer will to survive. The prison is run, in essence, by a Corsican gang of inmates headed by César Luciani (Arestrup), whose word is law even beyond the prison walls. César sees everything but expresses little. Shortly after his arrival, Malik is tasked by César with the murder of another prisoner, an action that grants him protection, though never as anything more than an Arab servant to the Corsicans’ ruling class. The murder sequence is gripping in its preparation and final bloodletting; Malik’s reaction to this brutal initiation is stunningly depicted. As Malik, newcomer Rahim is a wonder as he transforms gradually from nervous rabbit to Mack the Knife. Arestrup, the seasoned pro who also appeared as the father in The Beat That My Heart Skipped, is as commanding as Don Corleone. Though A Prophet is onscreen for 2½ hours, the film is so streamlined and swift that you never notice the time. It bogs down only slightly in the latter half as the details of Malik’s criminal entanglements take center stage. Despite this, A Prophet is the kind of film that makes you remember why going to the movies can be a thrilling experience.