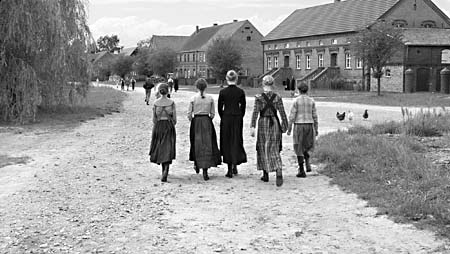 A disquieting feeling of apprehension is made palpable in The White Ribbon. A series of strange and nasty events has been occurring in a small village in northern Germany, and no culprits can be found. Set in the months prior to the outbreak of World War I, The White Ribbon depicts a village that is both rural and semi-feudal, where at least half the residents work directly for the area’s baronial landowner (Tukur). Placid, patriarchal, and preindustrial, the villagers’ lives seem to belong more to the 19th than the 20th century, and their primary governing authority resides in the austerity of their duly inculcated Protestant work ethic. The children appear dutiful and well-behaved, the adults principled and virtuous. So how to explain the peculiar acts of malevolence overtaking their community? It’s only a few seconds into the movie before the village Doctor (Bock) and his horse tumble over a trip wire that appears to have been purposely set. (All the adults in the film are referred to by their professional rather than given names; i.e, the Doctor, the Schoolteacher, the Steward.) A farmwife falls to her death through a hole in the Baron’s mill floor. A barn burns mysteriously in the night. The Baron’s son is discovered having been whipped senseless. Another boy, who has obvious developmental difficulties, is beaten to near-blindness. The Baron’s cabbage patch is hacked to pieces. The adults’ fears and suspicions steadily grow, while the schoolchildren seem to take it all in stride and selflessly look after one another. They travel in packs and with their unsmiling Aryan features begin to resemble a village of the damned. Many of the children are the progeny of the Pastor (Klaussner) and his wife (Kühnert), who punish the perceived infractions of their children with their own form of tough love: whippings, lectures, tying young hands to bedposts at night in order to prevent masturbation, and fastening white ribbons around the eldest children’s arms to remind them of their innate innocence. As we come to see more of the village life, we see more instances of deceit, harsh punishment, familial molestation, and the abusive exercise of male privilege lurking behind closed doors. Although the causes of the village’s various misfortunes are never fully explained, the children are clearly not the naive creatures they appear to be. The film is narrated many years after the events by the former Schoolteacher (voice: Jacobi; actor: Friedel). His stated hope is that the story will help explain some of “what happened” in his country. By this he is clearly referring to Germany’s Nazi years, when the children in this story would have become the country’s decision-making adults. Even though it vastly oversimplifies things to argue, as Haneke appears to be doing here, that children who are exposed to dark, unloving monstrosities grow up to become monsters themselves, the cycle of abuse he implies is worth contemplating. Winner of the Palme d'Or at the 2009 Cannes Film Festival, Haneke’s The White Ribbon is the director’s first film to be presented in his native German language since his original version of Funny Games in 1997. His film receives a tremendous assist from Christian Berger’s stunning black-and-white cinematography that calls to mind Sven Nykvist’s work for Ingmar Bergman and the dialectical Protestant morality present in the films of another film moralist, Carl Theodor Dreyer. Haneke (Caché) has created a morality tale that concludes with the assassination of Archduke Ferdinand: one more example of a solitary act of violence that unleashes a cataclysm. 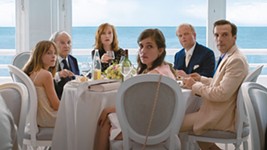 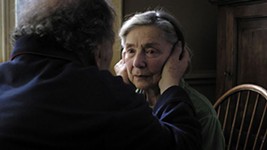