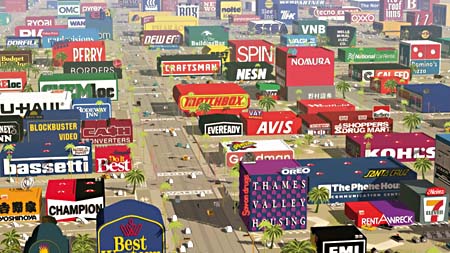 Bitter. Bilious. Deluded. Death-obsessed. And that ain’t all, folks –  this year’s five Academy Award-nominated animated shorts are so sour-faced even Britain’s most cuddly exports, Wallace and Gromit, must do battle with a homicidal maniac. That would be “A Matter of Loaf and Death,” the latest stop-motion Claymation piece from Nick Park, wherein sweet, daft Wallace (voiced by Peter Sallis), a baker, falls in love with the zaftig former poster girl for low-fat bread, the Bake-o-Lite Girl, despite the serious reservations of devoted dog Gromit. At 30 minutes, the short stretches itself thin with some clunking asides (one expects more from Aardman than a lazy Ghost gag), and I suspect even the most ardent W&G fans will find the short cute but not particularly satiating. The Irish “Granny O’Grimm’s Sleeping Beauty” is one segment in a larger series in which a cronish grandmother filters her grandchildren’s bedtime stories through her own deeply jaded outlook. Six minutes is about as long as you want to curl up to Granny’s spiritual and corporeal desiccation, which makes this short perfectly timed and an appealing mix of 2-D and 3-D animation. Writer/director Javier Recio García’s entry is a zippy little Spanish number, “The Lady and the Reaper.” The title’s lady, elderly and lonesome for a husband already departed, happily meets the reaper at the film’s beginning, but an overenthusiastic surgeon pulls her back from the light, thus kicking off an elaborate and frenzied game of keep-away between skull-faced reaper and do-good doctor. Dark matter, to be sure, but it’s light on its feet and genuinely funny, too. Fabrice O. Joubert’s 8-minute-long “French Roast” keeps a similarly tight scope – a snob in a French cafe snubs a beggar, then discovers he’s lost his wallet and can’t pay his tab. That beggar is something to behold, but the almost tactile corkscrewing curls of his wild beard are more interesting than anything else going on in this emotionally static piece. Although also French in origin, “Logorama” couldn’t be more different: From its opening pull-back shot of a Malibu rum bottle, “Logorama” reconstructs Southern California via the brands that bombard us to the point of numbness. The Microsoft butterfly flits through the air; cops come in the guise of foulmouthed Michelin men; and Ronald McDonald finally owns up to what he is, which is a crazy-ass clown. The short, by the French collective H5, satirizes the brand-name saturation and the soullessness of La La Land while simultaneously staging the very theatrics of hostage situations and disaster movie clichés that it means to mock. Clever, that: “Logorama” gets to have its cake and high-speed chase it down the 405, too.