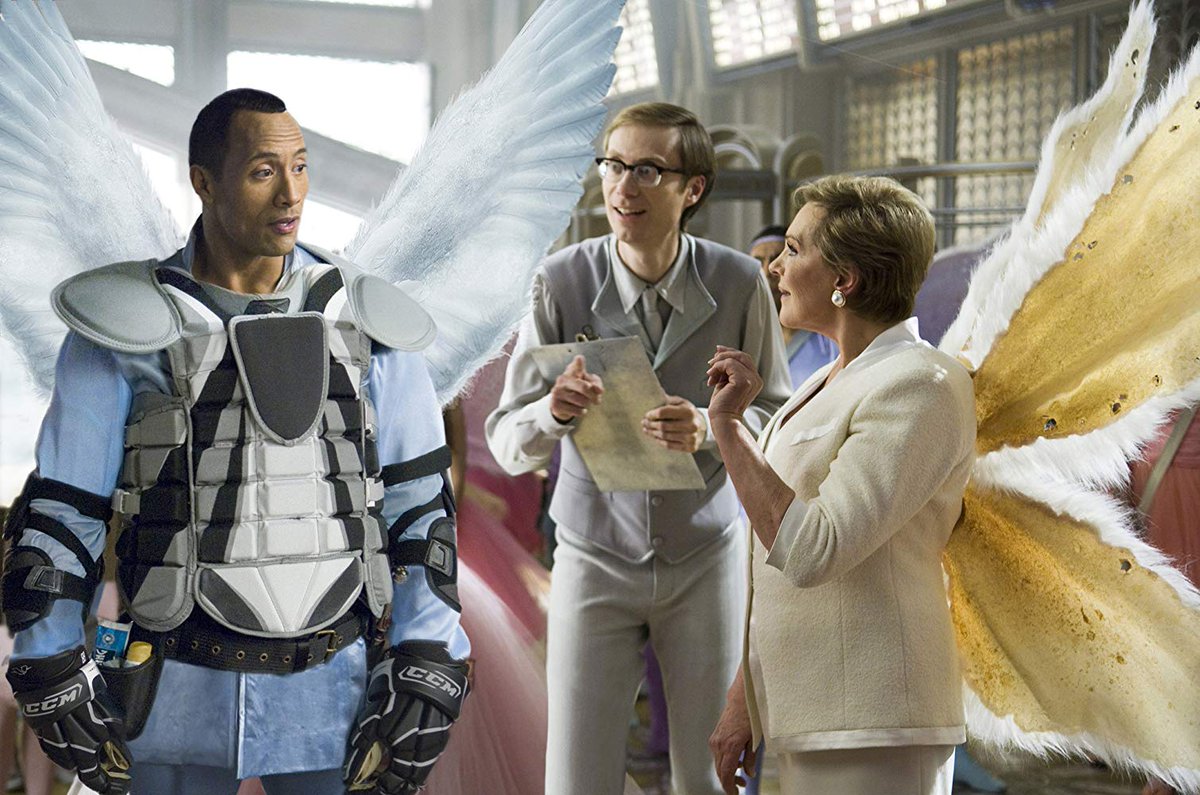 How many screenwriters does it take to screw in this dim bulb? Five – no joke – and another one credited with “story by.” That’s a lot of hands at work, with very little of value to show for it. Normally an ingratiating presence, Johnson is deeply unlikable here as Derek “The Tooth Fairy” Thompson, an aging ice hockey player riding out his career in the minors as muscle and not much more; his nickname refers to his signature trait of knocking the teeth from his competitors. His own hopes for going pro derailed by an injury, Derek is in the habit of crushing the dreams of those around him: telling an 8-year-old hockey hopeful to lower his expectations; informing the teenage strummer son (Elison) of his girlfriend, Carly (Judd), that he’ll never be Eric Clapton; and clueing in her toddler daughter (Whitlock) that there is no tooth fairy. That last offense pisses off a lot of fairies, and as punishment for his “dissemination of disbelief,” Derek is forced to serve two weeks’ time as a tooth fairy. Turns out they are legion, and the fairy processing office is one of the few visually interesting things going on (less so are the workers’ satiny tunics and feathered wings, which look like hand-me-downs from a high school drama department). Andrews plays the head honcho of fairy land, which should come as no surprise – one wonders if long ago the eternal Mary Poppins made some Faustian bargain with Uncle Walt that doomed her to a lifetime of playing fairy godmothers. And surely no one would blame Judd for picking up an easy paycheck, even if it’s a waste of her underrated gifts as a deeply empathetic actress; she is, after all, enrolled at Harvard’s Kennedy School of Government, and education ain’t cheap. Merchant – co-creator of the British series The Office and Extras – pops in as Derek’s handler, a bitter fairy stuck in a pencil-pushing job. He’s the most easy-feeling comedian onscreen (far more than the mugging Crystal), and most of the film’s laughs are filtered through him. That said, the tiny-pupiled Merchant is so bug-eyed here, one wonders if on the sly he’s using this as an audition to portray “Upper Lid Raiser” in Ekman and Friesen’s 1976 taxonomy of eye-widens, nostril-flares, and subtle snarls, the Facial Action Coding System. Either that, or he’s just as alarmed to find himself in this piffle as his fans are. 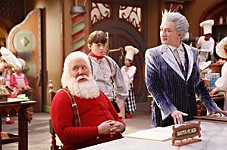