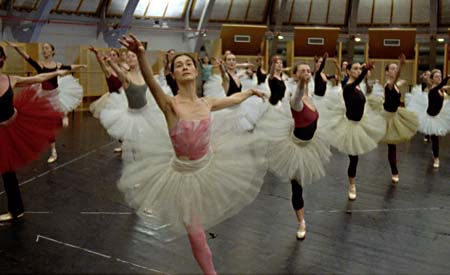 In his fly-on-the-wall examination of the world-class Paris Opera Ballet, Wiseman travels with camera in and out of rehearsal spaces and prop shops, from the basement belly of the la bête all the way to its rooftops, where a beekeeper quietly goes about his work. An inattentive viewer might call the beekeeper scene a non sequitur, but really he is just one more worker in the busy hive of the company. In a 40-year career spanning the late-Sixties eye-opener Titicut Follies (about a Massachusetts correctional institute and banned upon release) to 2007’s State Legislature (about Idaho politics), Wiseman has consistently shown a fascination with process, and that continues in the 2½-hour La Danse, in which the camera is just as likely to linger on a costumer hand-gluing sequins to a tutu as a prima ballerina put through her paces. That camera is a democratizing one: Without the aid of any textual identifiers, the company’s stars are rendered as anonymous as the toiling members of the corps de ballet. They may get more face time, but unless you’re already familiar with the names of les étoiles like Laetitia Pujol, then you won’t be any wiser after watching La Danse. Forget wisdom: There are far richer rewards to be had here. There is the obvious pleasure in the dance itself; the film follows the rehearsals and performances of seven ballets in progress, including classics (Nureyev’s The Nutcracker) and electrifying new works (Angelin Preljocaj’s Le Songe de Médée and Wayne McGregor’s Genus). No one plays to the camera, and there is no direct address. Wiseman achieves nearness without the inevitable compromise that comes when a filmmaker has become the intimate of his subjects. Often the camera simply fixes in place, sometimes catching the action in the reflection of a mirror. The effect can lull you into thinking this is a purely objective piece, sans point of view – an observational documentary that captures within the frame the totality and truth of the moment. Then an understudy glides past the camera’s eye and glides right back out: It’s a revelation, a startling reminder of avenues unexplored in this lovely and enthralling piece of work. 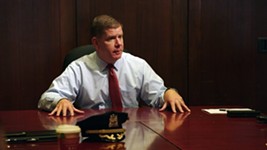