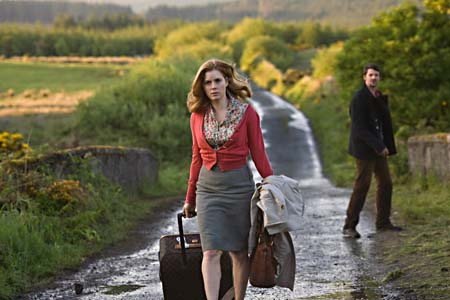 There may be more masochistic ways to spend this coming box-office weekend than by taking in a matinee of Brit director Tucker's soulless, Lifetime-lite flibbertigibbet of a movie, but for once I'm at a loss to think of any. Leap Year is a desperately unfunny depiction of a Boston society-girl wannabe who, blanching and distressed in the face of yet another nonproposal from her cardiologist beau (Scott), secretly follows the ungroom in question to Ye Auld Eire with plans to ensnare him on the titular date (according to some arcane leprechaunic lore, it's doable in Dublin). This film is unquestionably the most unromantic and downright despairing rom-com since Made of Honor or, possibly, Who's Afraid of Virginia Woolf?. Anna (Adams) is coiffed and costumed to resemble an uptown cross between The Quiet Man-era Maureen O'Hara and vintage Nicole Kidman, but the character is ill-flavored with a sort of ugly-American perkiness that sets your nerves on edge and makes you wonder in all seriousness if Tucker isn't employing some sort of wickedly dry, highly unsubtle cultural critique on both the U.S. and Ireland. This is not as farfetched an idea as it sounds: Tucker helmed the (presumably final) installment of the perverse and inspired Yorkshire Ripper-noir trilogy Red Riding: 1983 for BBC Four as well as the considerably more subversive romantic comedy Shopgirl back in 2005. Leap Year, however, neither perverts nor subverts much of anything. It is instead a perfect template for rom-com mediocrity, from its cookie-cutter script (courtesy of Made of Honor's Harry Elfont and Deborah Kaplan) to the stupendously absent electricity between Adams and her coy Irish rover boy (Goode). It's rarely a good sign when Flogging Molly shows up on the soundtrack before even the first act is out, nor does it inspire confidence in a film when the great Lithgow appears early on, his character besozzled in good old Boston-Irish cliché, and receives only four lines of dialogue before vanishing from the rest of the film. I realize Christmas has ghosted past already, but baby, it's cold outside and colder still in the calculating, cruddy faux Ireland onscreen, and so to Leap Year I can only offer canned Scroogeisms: Bah O'humbug. 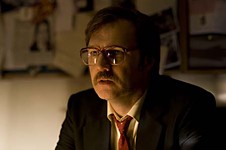 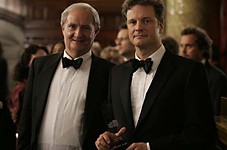