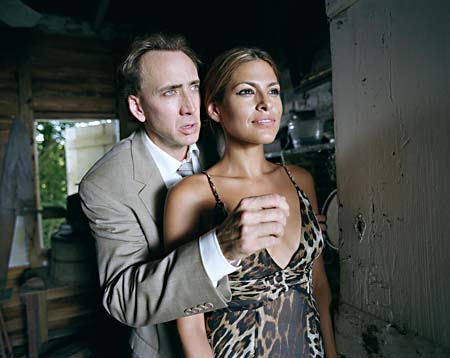 I think I had more fun watching Bad Lieutenant: Port of Call New Orleans (twice) than I did at any other movie this year. The singular talents of director Herzog and star Cage coalesce here into something mercurial, creating a movie that is mutable, unpredictable, and, above all, original. That’s saying a lot, because fears were high that this unsanctioned overstepping of Abel Ferrara’s brilliant and harrowing Bad Lieutenant of 1992, which starred Harvey Keitel in the title role, might wind up looking like a case of unjustified trespass. Bad Lieutenant: Port of Call New Orleans, however, is not a sequel, prequel, remake, or follow-up. The script by William M. Finkelstein, a seasoned TV writer on numerous police procedurals, is its own beast (iguana, to be exact). Finkelstein’s “bad lieutenant” is bad in many of the same ways as Ferrara’s (rampant cocaine and narcotics use, gambling addiction, and flagrant abuse of the badge), but gone are the Catholic guilt, the New York City streets, and the naked, howling Keitel. The new film is set in New Orleans in the wake of Hurricane Katrina. The devastation of the city offers a visual corollary to the wreckage of the soul. Cage is Terence McDonagh, a police lieutenant who is prescribed a lifetime supply of Vicodin at the start of the movie to relieve the pain of an injury sustained in the line of duty. He has a foxy callgirl girlfriend named Frankie (Mendes) and a tough murder mystery to solve. In this film, Cage delivers on the promise of his early career, back before he became an action hero and professional oddball. His performance is constantly surprising, outrageous, controlled, and electric: “cagey” to the max. Odd scenes lead to even weirder scenes; the character and the movie seem to be on the constant verge of going off the rails, and it’s a gas to watch. By the time a pair of hallucinatory iguanas start singing “Please Release Me,” you’re either in for the whole ride or not. The film continues its high-wire act all the way though to its non sequitur conclusion. However, I find it disconcerting to be so entertained by a movie in which the central arc details a story of debasement and redemption. The laughter generated by the film’s eccentricities creates a lot of distance between McDonagh and the viewer. Never do we roll in the swamp with the iguanas; they are always pictured from a comical remove. Still, this is the best performance Cage has delivered in ages, and Herzog demonstrates, once again, that he is capable of virtually anything. (See "The Big Seedy," Dec. 11, for an interview with Herzog.) 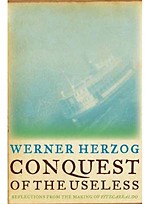