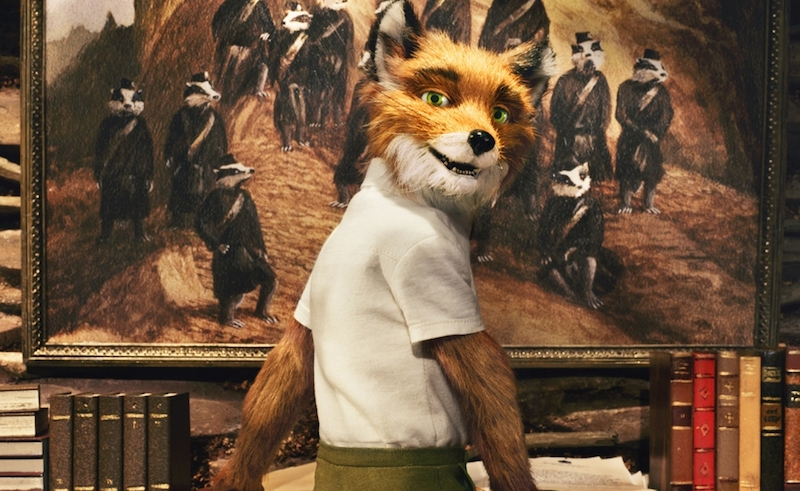 Wes Anderson began his feature career with two nearly flawless films, Bottle Rocket and Rushmore, and he’s been paying for them ever since. As early as The Royal Tenenbaums, the pitchforks came out for the writer/director, with the triumphs of the first two used as evidence against his later work, against a perceived inflexibility. True, Anderson revisits the same themes (obsessive plan-making, an honor code among gentlemen rogues, rocky relations between fathers and sons, and the pursuit of something like immortality). He embellishes his films with the same camerawork (whip pans) and music cues (British Invasion bands, nondiagetic lifts from other films). He even uses the same signature font (Futura) throughout. Anderson’s last two “variations,” The Life Aquatic With Steve Zissou and the underrated The Darjeeling Limited, were not unqualified successes; haters would call them flat-out failures. A less idiosyncratic (or stubborn?) filmmaker might have made a conciliatory about-face with his next picture, and certainly the source material here appears, at first glance, far afield of Anderson’s usual lens-finder. But instead of bending to the will of the source, Roald Dahl’s 1970 children’s book about a turf war between farmers and foxes, Anderson has instead made it conform rather giddily to his own sensibilities. Dahl’s books are notoriously grim affairs, full of menace and grotesquerie, but Anderson’s not interested in that: This is an animated film that happily has room for both an existentialist dread of death and a grinning joie de vivre. Clooney voices the titular Mr. Fox, a former thief made to go straight by his wife (Streep) when they give birth to a son, Ash (Schwartzman). But Mr. Fox is too visionary and, well, prankish to stay settled down, so he masterminds one last caper: a three-pronged assault on the coops and larders of the three neighboring farmers, known as Boggis, Bunce, and Bean (Gambon). Bean, owner of an apple orchard, hires as security Dafoe’s Rat, and he’s one of the comic highlights in a very funny film; soundtracked to a spaghetti western-flavored theme song and dressed like a soused Frenchman, Rat is a dirty rotten delight. Fantastic Mr. Fox is rendered in traditional stop-motion animation – a style nearly bygone in these digital days – and both the antiquity and the laboriousness of that process are perfectly suited to Anderson, whose backward-glancing includes call-backs to live-action Disney, the animated 1973 Robin Hood, and Hawkeye’s distinctive whistle in Robert Altman’s M*A*S*H and whose fastidiousness tracks all the way down to filmed details like the call number on the binding of a library book. There’s a terrific amount of talent corralled here, including animation director Mark Gustafson; production designer Nelson Lowry, who perfectly translates Anderson’s tweedy mien to quadrupeds; composer Alexandre Desplat (a welcome replacement for Mark Mothersbaugh, whose signature style, honed in Anderson’s early pictures, has now become ubiquitous); and co-writer Noah Baumbach (The Squid and the Whale). Is there any question that this is a Wes Anderson picture? Not a chance. Have we seen it all before? Not like this.