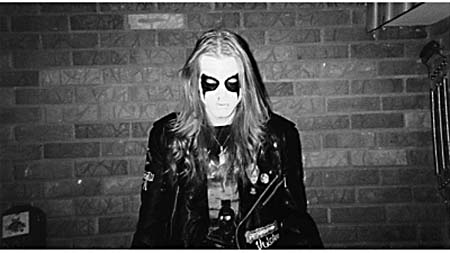 Swedish vampire tingler Let the Right One In turns out to be child’s play in the face of Norwegian black metal documentary Until the Light Takes Us. Polar rays prove antithetical to both camps, despite the eerie glint of Scandinavian sunlight, but heavy metal extremists murdering fans and one another while torching churches in the name of Paganism plays out far more disturbingly and is nearly as unfathomable as preteen bloodsuckers. Viking central’s biggest cultural touchstone since the moose, black metal music comes off almost as monstrous. A clustering and claustrophobic once-underground devolution of Deep Purple’s ilk, ranging from pterodactyl arias to the sounds of clogged toilets, black metal has become not only one of Norway’s prime exports but a commercially viable music genre heard and patronized around the globe. Kiss’ face paint is now black metal’s corpse paint, and even if album sales aren’t analogous, the latter’s stranglehold on youthful (and hoary) headbangers amplifies no less loudly. Until the Light Takes Us matches its subject, equally inscrutable though no less niche-oriented. The soundtrack’s modest illustration of the subject matter fits its overall sound design effectively, while the filmmakers’ lean overview of the 1980s-born scenes from Norway’s two largest cities, capital Oslo and Bergen, leaves plenty of time to tell the larger story through the microcosm of black metal’s musically incestuous founders. Main amongst them are Light’s twin leads, Varg “Count Grishnackh” Vikernes and Gylve “Fenriz” Nagell. The first, the Cain figure, who is currently incarcerated for crimes not revealed until the last act, sets the music’s early cell mentality. The latter has become one of black metal’s most successful cottage industries via his band Darkthrone, suicidal in lyrics only. Together, their parallel narratives mop up most of the mayhem. Or rather, Mayhem, whose singer, Per Yngve “Dead” Ohlin, ended up on one of the group’s LP covers with his brain on the pillow where he blew his head off. Then there’s Bard “Faust” Eithun, serving 14 years for murder and arson and Mayhem beat master Jan Axel “Hellhammer” Blomberg, who honors him for having “actually killed this fucking faggot back in Lillehammer.” Christianity, Judaism – nothing’s sacred to this lot, including jumping on bandwagons (“I guess the sales of black lipstick went through the roof,” deadpans Nagell). Commentary from practitioners Immortal needs more chorus, but Satyricon drummer Frost and his gorific theatre of pain are high-watt efficacy. Propaganda? Musical snuff film? Practically. Certainly it’s hard to empathize with anyone here, save for Nagell, or take black metal as seriously as these musicians. After all, what Vikernes says about “Dead” Ohlin could easily pinpoint Until the Light Takes Us also: “Dreaming of Translyvania and vampires – all this Gothic imagery – it’s an escape, just like computer games.”

READ MORE
More Until the Light Takes Us 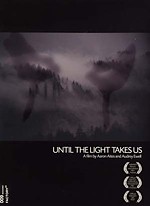 Until the Light Takes Us, Audrey Ewell, Aaron Aites