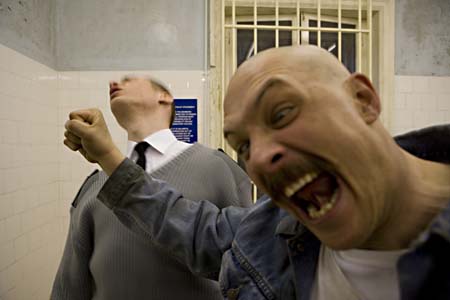 Forget career criminals: Charlie Bronson is a career prisoner. Born Michael Peterson in a British suburb in 1952, he first went to prison at the age of 22 for burglarizing a post office. He stole £26.18 and received seven years for the crime, but that sentence was quickly extended as Peterson’s infractions inside began to pile up: insubordination, violence, blackmail, and multiple hostage situations. As his reputation grew, he took on the moniker Charles Bronson (the film refers to it as his “fighting name”). He’s now spent more than three decades in jail, with the majority of those years in solitary confinement, and has become a tabloid sensation as the so-called “most violent prisoner in Britain.” A figure this luridly fascinating, a personality this ludicrously outsized, warrants something more than your typical biopic, and Danish filmmaker Refn (the Pusher trilogy) smartly cuts together something just as raging and exhibitionist as its namesake. Bronson is a spectacle, and at its center is the bloody spectacular Hardy (RocknRolla), scarily bulked-up and sporting the curling mustache of a circus strongman. Refn first shoots him in solitary confinement, naked and bathed in a red light that obscures exactly which bodily excretion – blood? feces? – he’s wearing like war paint. Hardy paws the floor like a bull, readying for battle – in this case, with the armed guards about to storm his cage. It’s a kicky opening salvo, but we’ll soon see the same scene, or its endless variations, again: Bronson, fists ever balled, deliciously anticipating the fight, and then another slo-mo bare-knuckle brawl, set to a rousing soundtrack that ranges from Verdi and Wagner to blood-pressure-rising electronic beats from Glass Candy and the Pet Shop Boys. (Refn has a knack for lighting on inspired musical selections: He sets an assassination attempt, filmed from behind a curtain with all the formalist beauty of a Godfather kill, to an incongruous-seeming easy-listening song, all zippy Fifties strings and horse clomps.) Still, a sameness starts to settle over the picture, despite Refn and co-writer Brock Norman Brock’s enlivening framing device, in which Bronson, ever the showman, orates to an imaginary audience. Despite the occasional breaks in routine – brief jail respites, a new girl in his life – Bronson’s life, both inner and outer, is something of a dramatic flatline. Late in the film, in one of his many standoffs with prison authorities, Bronson is asked his terms. “What do you want?” wonders his hostage. Genuinely stumped, Bronson replies, “What have you got?” Bronson’s first instinct is to fight, to capture, to win. He never makes it to phase two of planning, just as Refn’s artful and energetic film never goes further than face value. 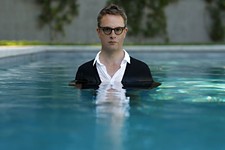 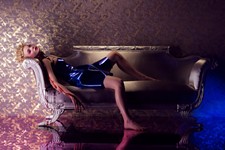 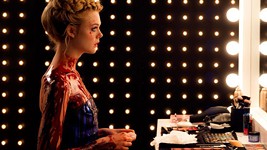 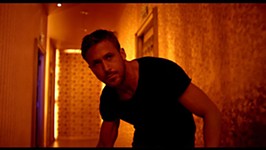 Only God Forgives
Drive's Nicolas Winding Refn reunites again with Ryan Gosling and adds Kristin Scott Thomas to the mix for this descent into heartlessness.